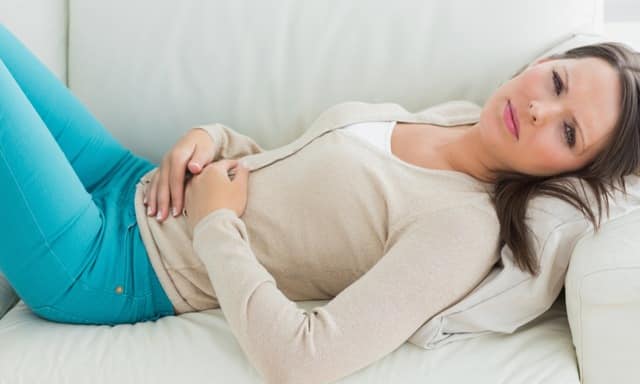 Stomach ache is a common problem among people of all ages, whether adults or children. It’s a discomforting pain in the abdominal region. It may occur due to several reasons. Therefore, its treatment depends upon its causes, and before taking a home remedy, we need to know the exact reason behind it. There are several homemade remedies to cure a stomach ache, but before that, let’s see the causes first.

The main symptom of stomach ache is pain in the abdominal area. However, in severe cases, it may be accompanied by:

Lemon is the most easily available natural remedy for curing stomach ache. Squeeze a lemon in a glass of water. Add some honey to sweeten it and drink it. You can also have lemon tea mixed with honey.

Drink ginger tea in order to get relief from stomach ache. Ginger helps to relieve indigestion, thereby reducing the stomach ache. You can also grind some ginger and apply it topically on the bottom of your stomach. It’s a natural remedy for stomach pain.

Mix a teaspoon of mint juice with a teaspoon of lime juice, and add a teaspoon of ginger juice and a pinch of black salt to it. Take this mixture and get a quick relief from chronic stomach ache.

Make tea of fresh mint leaves or simply chew some. Mint is an effective home remedy to relieve a stomach ache.

A cup of chamomile tea greatly helps to stop a stomach ache.

Baking soda is good for bad stomach ache. Add a teaspoon of baking soda in 1 cup of warm water and drink it.

This is one of the oldest remedies to help a stomach pain. Roast some caraway seeds and take it with a little bit of salt. This remedy really works in treating stomach ache.

Soak some aniseeds in water for a night, and drink this water, next morning. It will give relief from stomach ache.

Eat yoghurt if you are suffering from indigestion. Indigestion is one of the reasons of tummy pain. This is especially effective in diarrhoea as the bacteria present in the yoghurt helps in the proper digestion of food.

Put one and half cinnamon in one cup of lukewarm water. Leave for 2-3 minutes in order to let it sit. Now, drink it as tea. Cinnamon works effectively in curing stomach ache.

Menstrual pain can be relieved by placing a hot water bottle on the stomach. Wrap the bottle in a towel if it is too hot.

Heat half a teaspoon of asafoetida and take this with some milk. Asafoetida gives a quick relief from stomach ache.

If the stomach ache is just due to build up of gas in the stomach, drink some plain soda for quick relief.

Mix a few drops of rosemary oil in a hot bath water and take a bath from this water. It will give a soothing relief from stomach ache while also relaxing your body.

Mix 2 teaspoons of lime juice in 50 ml of warm water and add a little bit of black salt to it. Drink it at least thrice a day to relieve stomach pain.

This is especially helpful in cases of food or alcohol poisoning. A burned toast with some charcoal is an effective remedy to neutralize the effect of toxins in the body.

Pour few teaspoons of apple cider vinegar in a glass of water, and drink it. Apple cider vinegar is a good home remedy to take for stomach ache as it helps to improve the digestion, thereby giving relief from stomach ache. It is recommended to drink this mixture before you have your meal so that it absorbs the nutrients.

Aloe vera juice works well in order to treat conditions, like bloating, constipation, diarrhoea, which are the triggers of stomach ache.

If there is an infection in your stomach, you need to get lots of rest to fight away the infection.

Sprinkle a little bit of salt and black pepper in some pomegranate seeds, and eat them. Pomegranate seeds help a lot in getting relief from stomach ache.

Take some fenugreek seeds and grind them into a paste. Now, mix it with some curd. This is one of the best home remedies to use for a stomach ache.

Take 2 grams of celery leaves and form a paste. Now, mix 1 gram of rock salt into it. Have it. This gives a quick relief from stomach ache.

Take 3 grams of fresh tamarind leaves and grind it to make a thin paste. Now, mix 1 gram of rock salt in it and have this mixture.

Take some dry mint, dry ginger, roasted cumin seeds, coriander, black pepper, asafoetida, garlic and rock salt, and grind them into a fine powder. Have a teaspoon of this powder before taking meals, along with a glass of lukewarm water.

Drink rose water to get relief from nausea and tummy ache.

Soak some parsley leaves in water for a few hours. Drink this water at least 2-3 times a day. This is a good remedy for maintaining the overall health of your stomach.

Take bael pulp and mix it in buttermilk. Stir it properly, and have it in order to stop stomach ache. You can also drink bael juice for curing upset stomach.

Some of the homeopathic remedies for quickly healing stomach ache are:

1. Belladonna : This remedy is useful when stomach ache is caused by intestinal obstruction.

2. Carcinosin : This is good for pain resulted due to constipation and hard stools.

3. Nux vom : It is taken when pain occurs due to indigestion.

4. Arsenicum album : It is used when pain is accompanied by vomiting, restlessness and diarrhoea.

5. Bryonia Alba : This remedy is helpful when there is an acute and sharp pain in the abdomen.

Apart from these remedies, some of the other homeopathic remedies are aconite, colocynthis, pulsatilla, lycopodium, croton tig, and mag phos.