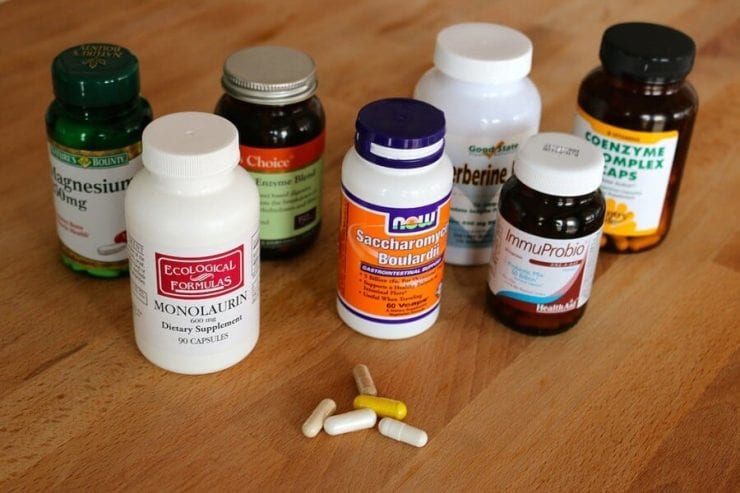 The Probiotic Supplement – How to Give Your Body a Fighting Chance

The probiotic supplement market is growing stronger every day, so there’s no surprise to have people asking ‘What is a good probiotic and how do I choose the best?’ With all the tablets, capsules, syrups, gums, beads, and lozenges, buying the probiotic supplement that fits your needs is a bit like looking for a needle in the haystack. That is, the right pointy needle to prick those nagging health conditions such as irritable bowel syndrome, inflammatory bowel disease, and post-antibiotic and bacteria-related diarrhea.

Below, we’re following science as it slowly treads into the unknown territory of probiotics to find those bacteria strains that can stave off disease, old age, or even cancer. Stick to the end and you can partake of some of our carefully selected probiotic supplements on the market today. As a titillating trivia for what’s to come, did you know that cosmetics have also gotten a hold of probiotic technology? Is your night cream using bacteria to fight off acne and skin inflammation?

Where do Probiotics Reside? 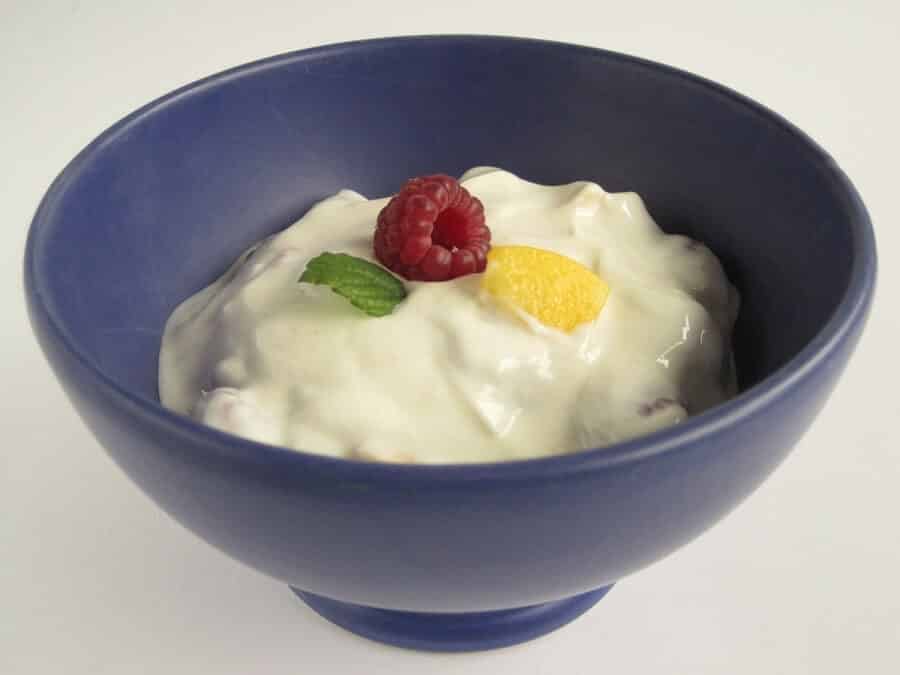 Probiotics are a recent discovery. Or, better said, people have started paying attention to their health benefits only in the mid-1990s. Their newfound popularity was obviously not a case of ’15 minutes of fame.‘ Science had just caught up with traditional foods already containing probiotics, only people were not clearly defining them. Middle Eastern and European diets already focused on fermented milk and vegetable products, including yogurt, sauerkraut, kefir, and chocolate.

Today, you can get your fix from the local grocery store in the form of yogurts, kefir, kimchi (spicy pickled cabbage), or fortified foods – in other words, foods with bugs – such as vegetarian burritos, cashew cheese spread, dark chocolate, or saucy condiments.

Other than looking out for these specific products, one way to identify probiotics on the supermarket shelf is to scan the label for words like unpasteurized, raw, or lactic-fermented. The vocabulary comes down to one thing – probiotics that haven’t been done away with during the manufacturing process. 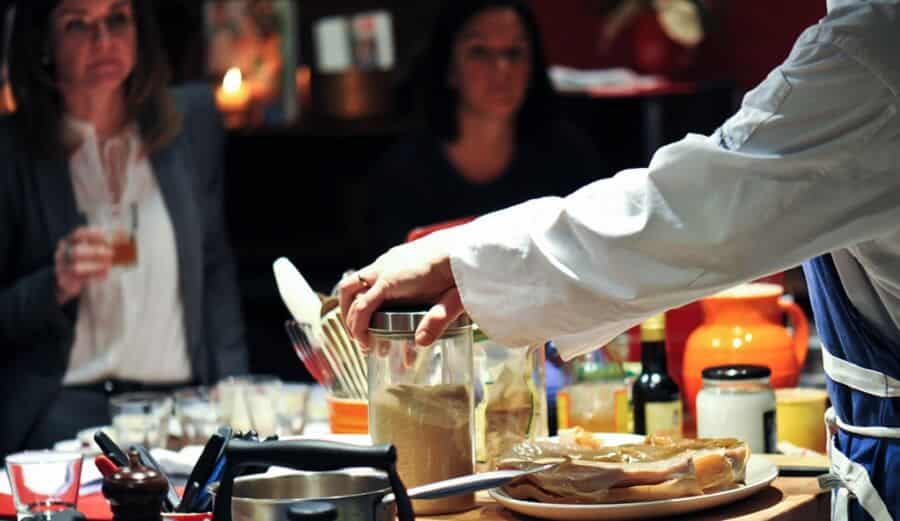 We should ask your body that question, seeing how it hosts probiotics gladly and naturally. Probiotics are nothing but the bacteria and yeasts inhabiting your body. Even if we tend to judge the bacteria under the same set of laws, they’re not all harmful. Good bacteria exist to keep the bad ones in check and your gut healthy, and their name is probiotics.

What is the Role of Probiotics?

Medicine is only on the cusp of truly understanding the huge potential of our intestinal bacteria. And not for lack of trying. Recently, it branched off in order to dedicate an entire team of researchers to the study of the complex gut flora in the human body. Pharmabiotics investigates into the broad spectrum of benefits of probiotics and is trying to figure out how to better shape them into natural weapons, at the molecular level, against diseases and the onset of old age.

For now, probiotics are responsible for the following:

Identifying the Right Probiotic Supplement for You 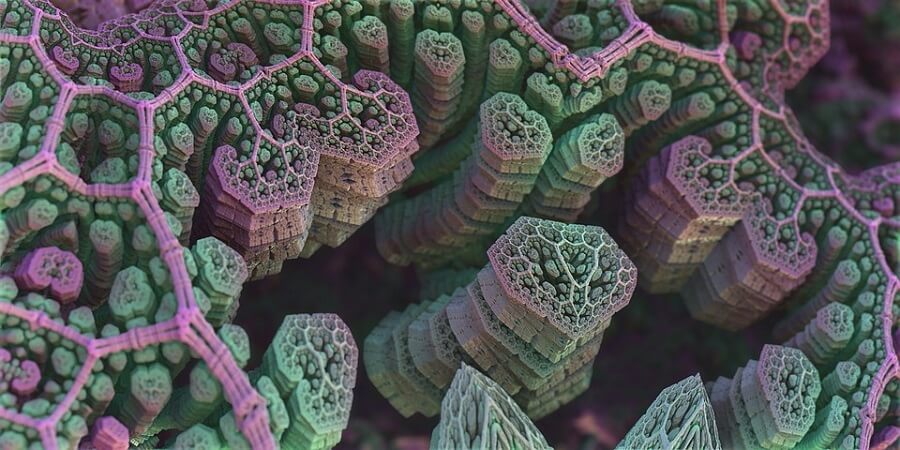 Truth is, as regards to knowledge about probiotics, science is barely graduating from primary school. There’s a lot of unexplored territory out there, which means that retailers will sometimes take advantage of the confusion and package their supplements with all the probiotics under the clear blue sky.

However, the best probiotic supplement is not necessarily the one with the most bacteria in. Fortunately, there is a way to count them and establish if the probiotics pills you’re on should contain a lower or higher number of bacteria.

It all comes down to the CFU, or ‘colony forming units’. This is the measuring unit used by scientists and quantifies how many bacteria divide and form colonies. Usually, the numbers are unimaginably high. As you might expect, you wouldn’t count them on your ten fingers. Well, maybe, if you had 10 billion of them. This is actually a good range of CFUs for a daily probiotic supplement.

Recommendations vary. There are some supplements boasting 20 billion live organisms per dose, and although you can’t OD on probiotics, the number might be too much of a mouthful. As long as research is a bit fuzzy on the topic and the actual count left to second-guessing, you will want to take it easy on those billions.

The total number of bacteria in a probiotic supplement – known as a ‘mega probiotic’- is probably less important than the different strains making up the bacteria recipe. A diversity of strains is preferable to a high concentration of just two, for example, since they fulfill a variety of functions as they move along the digestive tract.

Researchers recommend at least three different strains inside a probiotic supplement. The most well-studied include Lactobacillus and Bifidobacterium.

Lactobacillus is the champion ‘friendly’ bacteria. Invited to all the parties, we find this bacillus in pure form in yogurt, miso soup, and other fermented foods. Lactobacillus helps treat diarrhea in children and travelers, and also antibiotic-related diarrhea.

Its sidekick, Lactobacillus acidophilus, an old time colonial on the shores of the small intestine, produces both vitamin K and lactase. The latter helps people in breaking down and digesting lactose, the sugar in milk.

Another strain in the Lactobacillus family is the adventurous wanderer of the group. L. rhamnosus, known as ‘the traveler bacteria’, actually thrives in rough conditions such as acid reflux. It fortifies the immune system and can help with traveler’s diarrhea.

Last but not least, L. fermentum, found in sourdough in symbiotic combination with yeasts, works in service of the aging body by alleviating age-related decline in the immune system.

Bifidobacillus is the lactic-acid bacteria humble superstar. How did scientists stumble over these particular strains, you ask? Originally, they were found in the feces of a breastfed infant. That means these friendly bacteria are by our side since birth, helping us fight their ‘unfriendly’ counterparts. Medicine has so far identified about 32 different bifidobacillus species, each delivering slightly different benefits.

For example, while the Bifido Longum is the scavenger of toxins and resides on the gut wall, the Bifido bifidum – found in any dairy products – will ease the pain of an irritable bowel syndrome and break down fat, carbohydrates, and protein so that your older self can digest it accordingly.

The best probiotic supplement will not focus on just one of these strains, but at least three or four, since teamwork is crucial in probiotics efficiently fighting antibiotics or ‘unfriendly’ bacteria. 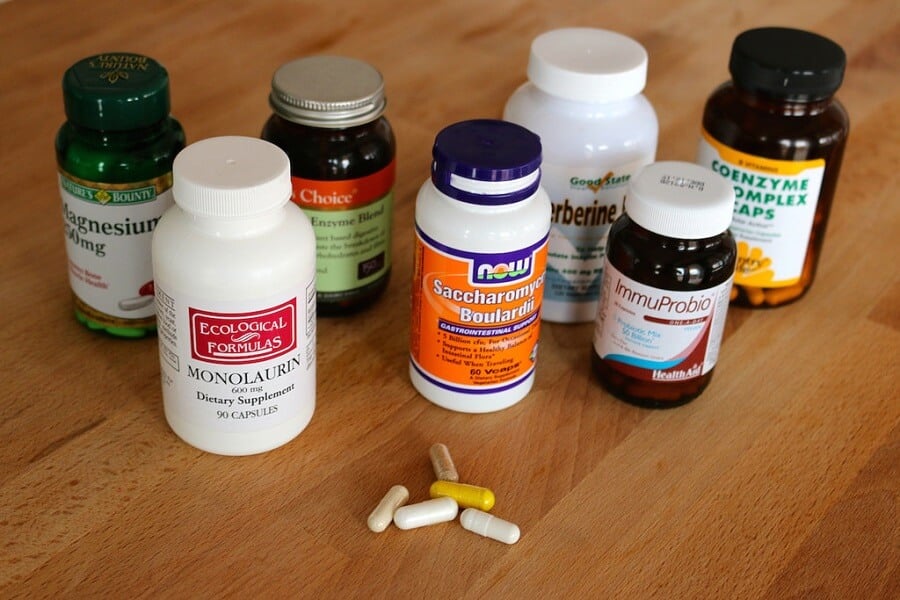 As with grading anything in life, there are a few requirements a good probiotic must tick off in order to leave the drugstore shelf and take its place in your medicine cabinet. Together with the strain-rich component mentioned above, the following terms should be clearly highlighted as well:

Although the probiotic supplement industry is not enforcing expiration dates to be written down on products, the bacteria does have a limited life expectancy. As time goes by, their abilities turn less potent and active. The manufacturer labeling the product with an expiration date means they trust the quality of their wares.

In short, packaging refers to how the retailer stores the supplements in order to keep the bacteria alive. On fighting disease, you wouldn’t make all your bets on dying and withering strains. The materials used for packaging are important, as well. These should be opaque bottles or blister packs to ensure the bacteria doesn’t come into too much contact with their storage site.

Check the label to see if the company is willing to raise the curtains and disclose how their product works. If they do, they receive a vote of confidence.

Three Probiotic Supplements and Skin Creams to Start With

We’ve selected three probiotic supplements to put to the test and see how many of the above requirements they manage to mark off. 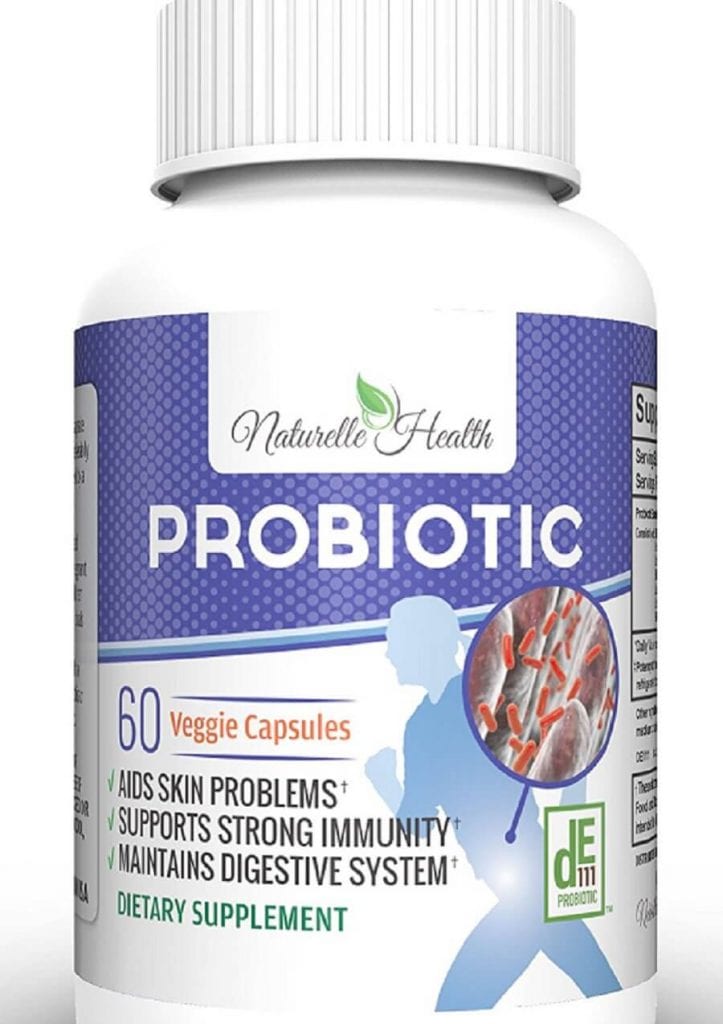 Naturelle Health claims their 60 capsules can help women, men, and children alike in maintaining a healthy immune system while keeping the good-bad bacteria in balance within the body.

The ingredients do include L. rhamnosus and Bifido Longum. These are two of the most commonly known strains to fight digestive problems, such as diarrhea and acidic reflux. Also, if you’ve undergone a regime of antibiotics, Naturelle Health can help as well.

The serving size is, as usual, of one to three capsules a day. It contains 5.75 billion organisms per dose, which is an average amount. However, if you suffer from severe gastric distress, you should opt for a higher CFU count. Also, we couldn’t find any stated expiration date on the bottle. The price, however, is one of the lowest on the market. 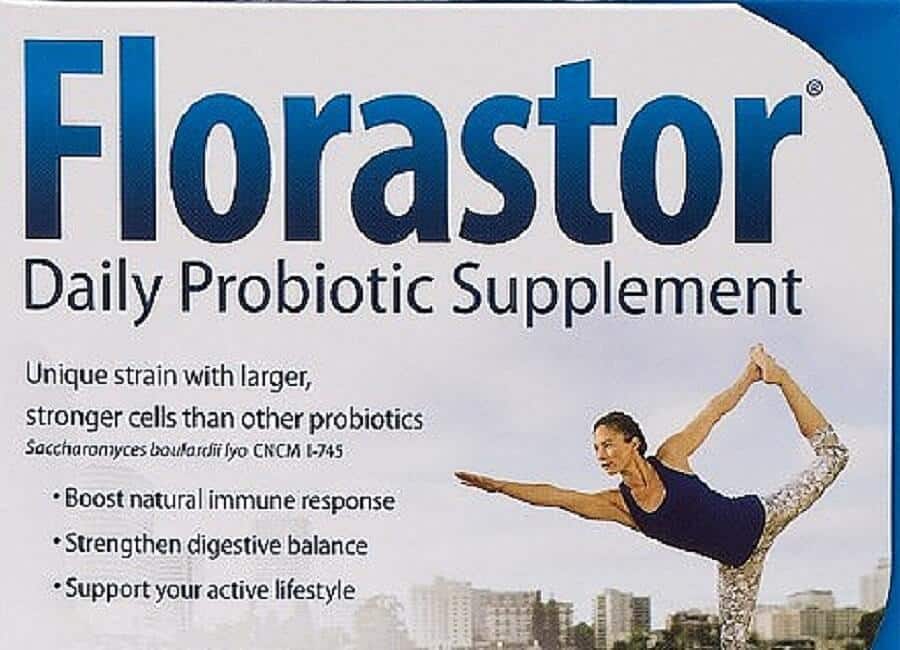 Florastor has already gained a reputation on the probiotic market as the most widely prescribed over-the-counter probiotic supplement. Additionally, it successfully alleviates antibiotic-related diarrhea, making it a good traveling companion.

Each of the 100 capsules contains 250mg of Saccharomyces boulardii, a strain first isolated from lychee and mangosteen fruit in 1923. Several clinical trials have proved the efficacy of S.Boulardii in regulating digestion. Florastor alleviates symptoms associated with Colostrum Difficil (C-Diff), Giardia, and other parasitic infections.

The product comes in the form of both powder sachets and capsules. An expiration date is available and reads a three-year shelf life, which is a good sign. Another plus for Florastor is the number on the packaging bottle. If you are uncertain about how to best store the product – the manufacturer recommends refrigerating them – or have any other questions, you can call in and talk to the specialists. 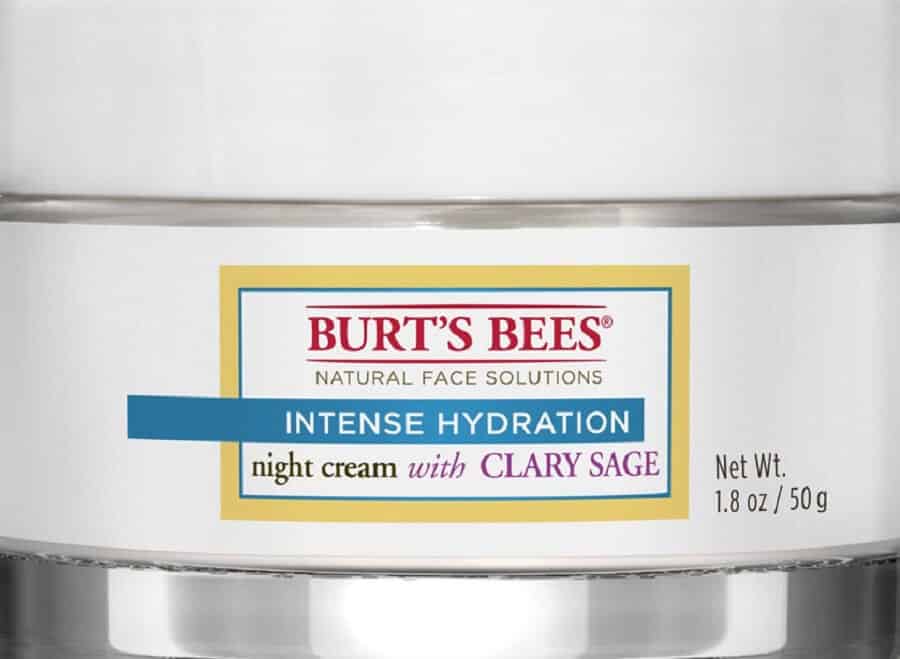 Gels, skin creams, and makeup seem to be the next frontier for our friendly bacteria. So we figured to give Burt’s Bees Hydration Night Cream a test and try.

We already mentioned the age-related benefits of probiotics. Rejuvenation and a serious acne-battle are what to expect then from a cream using probiotic technology. How does the formula work? To keep it simple, the strains adhere to the protein in your skin, keratin. In doing so, they give it some assistance in maintaining the skin moist and eczema-free.

The manufacturer, Burt’s Bees, has already proven its paraben-free and all-natural philosophy with previous products. However, the introduction of probiotics to the cosmetics market is new territory.

On top of thickening the night cream with yeast-based ingredients, Burt Bees also uses clary sage in its hydration line. This plant thrives in harsh conditions and is known for its survival talent and ability to retain moisture.

In the end, the best over the counter probiotic supplement to fulfill your needs, you will probably choose on a trial and error basis. However, whichever you decide to go for, remember probiotics are a natural ingredient your body depends on since birth. The battle between good and bad, positives and negatives may be a constant in your life. But you can always give your body at least a fighting chance by providing some extra troops on the side of the good.