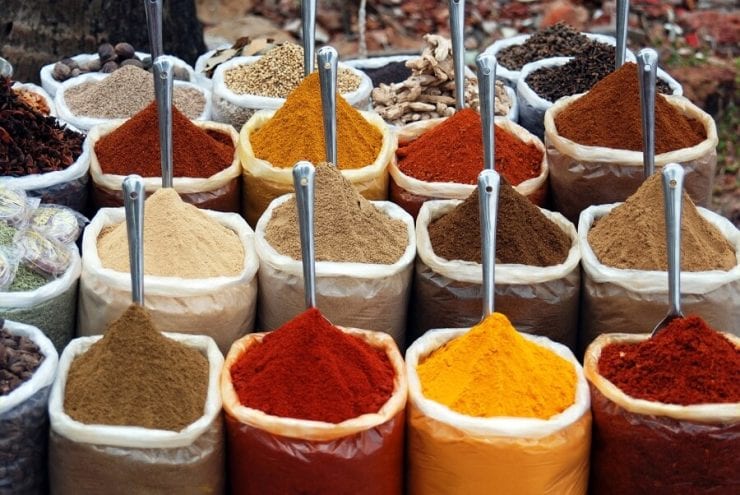 For years now, all kinds of miracle appetite suppressants have gained weight on the market and filled both the medicine cabinets and expectations of people battling a faulty metabolism. Until just recently, saffron had also flashed bright red- if only on the culinary side- in recipes around the world as the most expensive spice and a pleasure hit in dark chocolate or Spanish paella. Although its history of medicinal benefits spans through the centuries, the spice only got more popular among the masses ever since extensive research coupled with the usually intense Dr. Oz advertising revealed and endorsed the saffron extract supplement as a champion for weight management.

Studies show that not only does saffron extract suppress hunger cravings, but it also works great at mitigating mood. The spice’s antidepressant properties are related to serotonin, the much sought after ‘happiness hormone’. The task of saffron is to spur the brain into releasing a healthy supply of serotonin and keep the levels at a balance.

If you’re looking to set the record straight with both your hunger cravings and depressive tendencies, then a natural saffron extract supplement would be a harmless and refreshing addition to your daily pill intake. As a plus, you can always split those supplements open and pour the powdery content into a dark chocolate home recipe.

However, before we spice things up into culinary-slash-medicinal marvel uses of the saffron, shouldn’t we dig for the plant’s first roots?

Saffron Extract Supplement – The Natural Therapist for your Soul, the Home Trainer for your Body 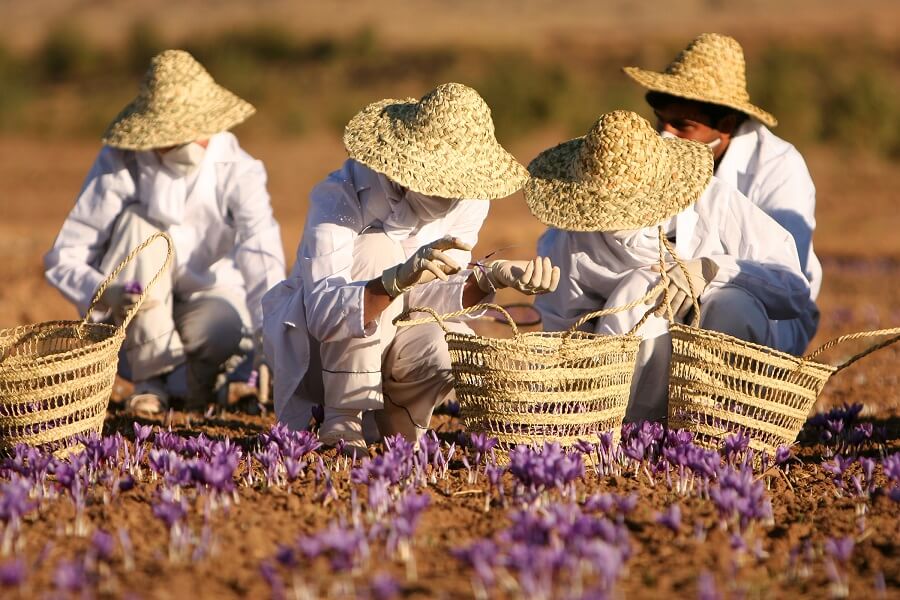 Saffron, also known under the various names of Crocus Sativus, Autumn Crocus, or Kashmira, is a plant that grows in North Africa, North America, and the Middle East. Iran leads the production with 90% of the world’s saffron reserves.

In the extraction process, the flower yields its dried stigmas to make the spice. Medicine uses the same thread-like parts for the supplements.

75,000 blossoms will produce a single pound of spice. The high concentration, the limited supply, and the amount of labor involved in harvesting – mainly by hand – pushed the price of saffron to sky-high levels.

How come saffron helps in weight loss then, if it is such an appetizing treat? Wouldn’t it have the opposite effect and stimulate the munchies, rather than suppress them? If you follow a simple line of reasoning, the answer would be yes. However, saffron works in mysterious ways and in tandem with serotonin levels to increase the good mood.

The neurotransmitter is in charge of regulating our mood and appetite. Unfortunately, it also has the unnerving habit of falling to low levels and get us unexpectedly depressed. When our hearts sink like lead, we yearn for relief. Most of us turn to bad habits, like binging on food or alcohol. The fridge is then our deliverer from sadness or stress, a treasure cove of carbohydrates and temporary energy rushes.

However, when saffron takes over the reins of our wild and untamable serotonin levels, our bodies stop craving sugar and carbs. At least, not as a means to fight depression. The munchies don’t get the best of us. Also, our weight stops fluctuating according to whatever chemical imbalances our brain experiences.

Researchers may still be in the process of clarifying the actual mechanism by which serotonin responds to saffron. However, the spice has already proven its medical benefits and long-term efficiency in cultures that employ it routinely in the kitchen.

Saffron in the Kitchen 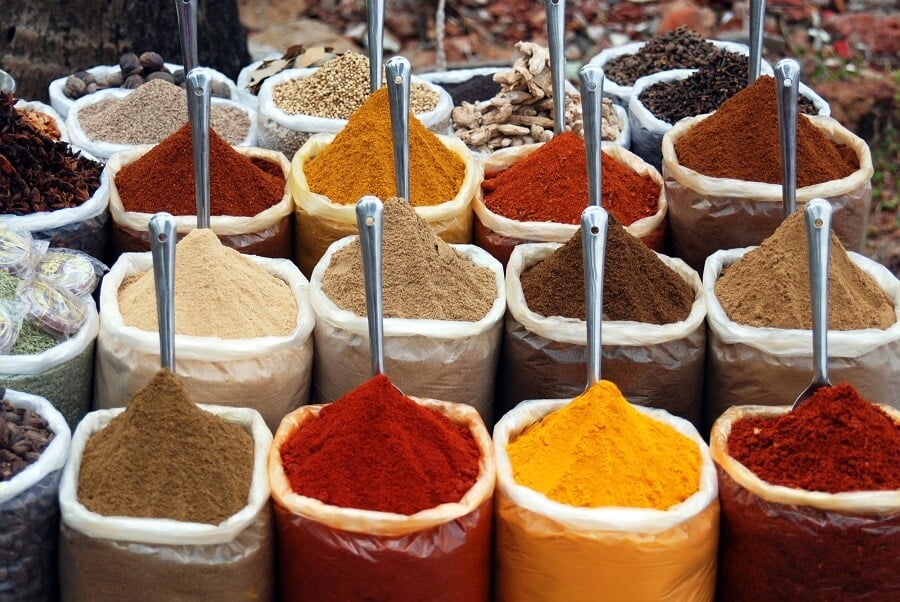 For example, Spain uses the spice in paellas and Marseille fishermen flavor their bouillabaisse stews with saffron. Coincidentally or not, this region of Europe registers some of the lowest incidents of cardiovascular disease and obesity rates in the world.

This honor had in the past befallen India, a country advertised by the picturesque mountains of saffron stacked high in the congested market streets. The introduction of processed foods, though, has spiked unhealthy bad habits in India. Saffron ended up being more of an exported product to countries with a Dr. Oz to promote new age veganism.

Apart from an almost 100% reduced snacking desire, 50% fewer instances of eating between meals, and an elevated mood, saffron has other positive side effects as well. You can use it in either food or in medication to similar results. That is due to the fact that the saffron extract supplement is mainly just a dehydrated concentration of the spice.

Medicinally, saffron is also used to help prevent or treat a variety of symptoms and health issues:

As mentioned before, scientific research to date on the health benefits of saffron extract has been fairly limited. However, many users have reported it as a great natural weight loss pill and an inhibitor of those sweeping hunger cravings.

The Saffron Bandwagon – What is the Right Supplement for You? 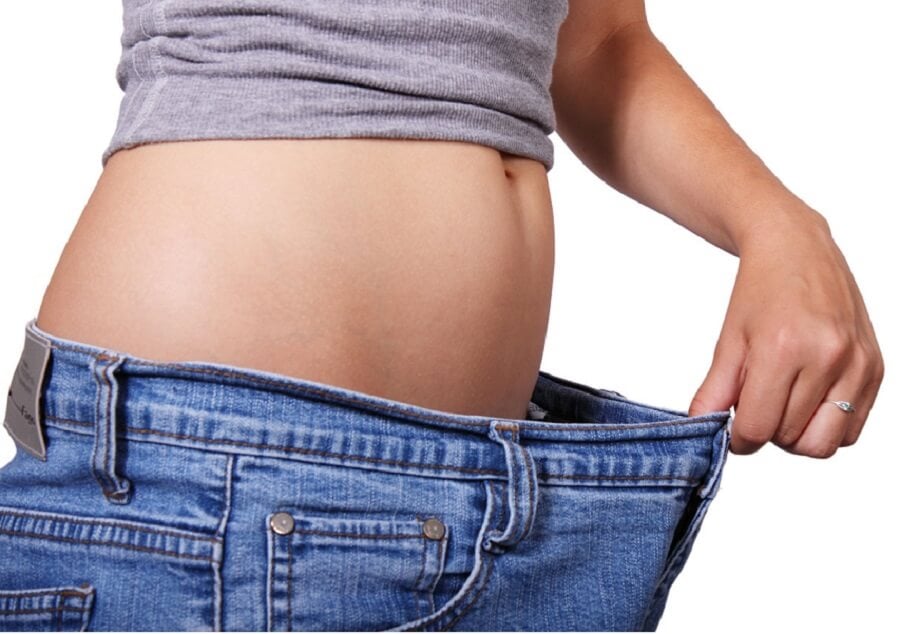 There are many manufacturers who have jumped onto the Saffron bandwagon once the spice’s health benefits were revealed to the public. Not all the supplements on the market are authentic.

Saffron is not a cheap plant to come around. That being said, it’s no wonder a number of medicinal companies have tried to adulterate their pills with fillers such as rice bran, vegetable oil, silica, chalk. In an attempt to use as little of the extravagant spice as possible, they’ve simply mixed it with other powders.

We’ve selected a few brands based on efficiency, price, and user rating criteria. Keep in mind, though, that saffron is not a miracle appetite suppressant. For visible effects, you need to invest your own self-control and balance as well. If you want to cut out the tens of snacks throughout the day and eat less and healthier at meal time, just try it out.

Satiereal is a patented, clinically studied satiety extract of saffron. Emotional over-eating primarily affects women. Studies done on the female population have shown that oral supplementation with this novel ingredient derived from saffron stigma may increase satiety through its mood-enhancing effects.

When looking for the best supplement, make sure the label contains this Satiereal blend. 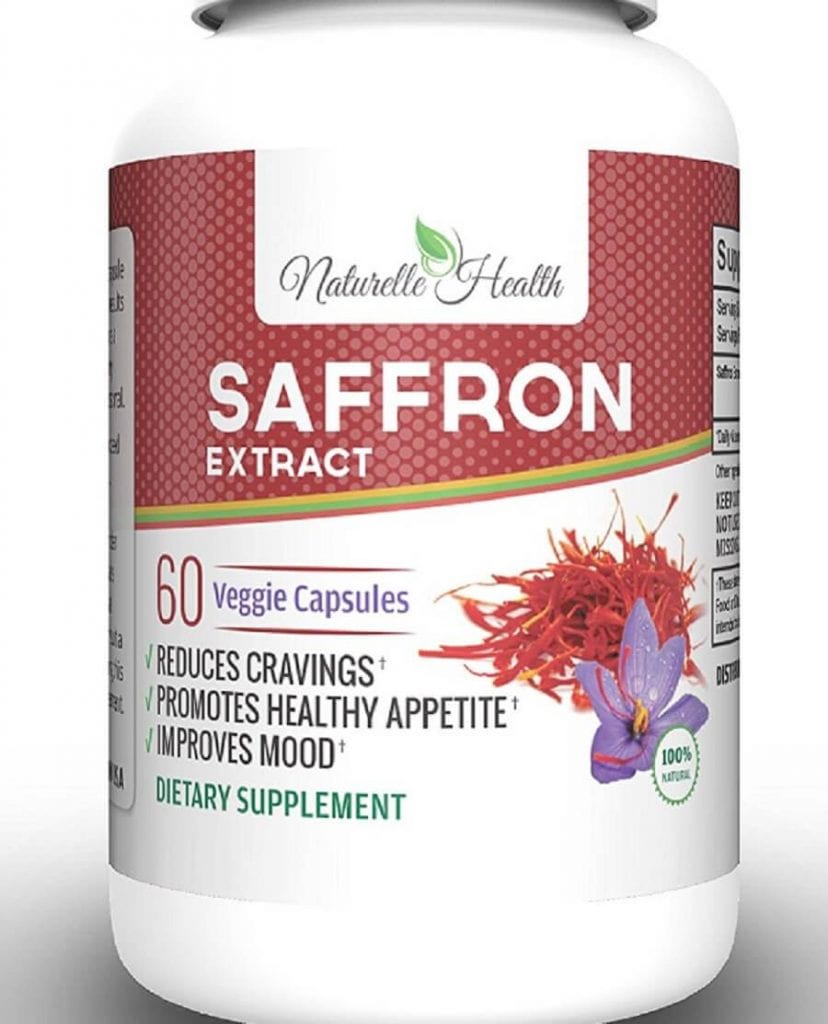 Based on the many reviews it received, the supplement seems to be suppressing trips to the fridge. Instead, it replaces them with morning runs through the park. When our serotonin levels are on a high roll, we get a confidence and energy boost. A feeling of renewal sweeps over us, allowing our brain and body a break from past munchies.

Moreover, users have reported employing the saffron extract powder in their homemade culinary recipes. Saffron adds an unusual tang to any dish, without altering much of the original flavor.

A bottle of 60 pills with a dosage of 1 capsule twice per day is available on Amazon at a discounted price. 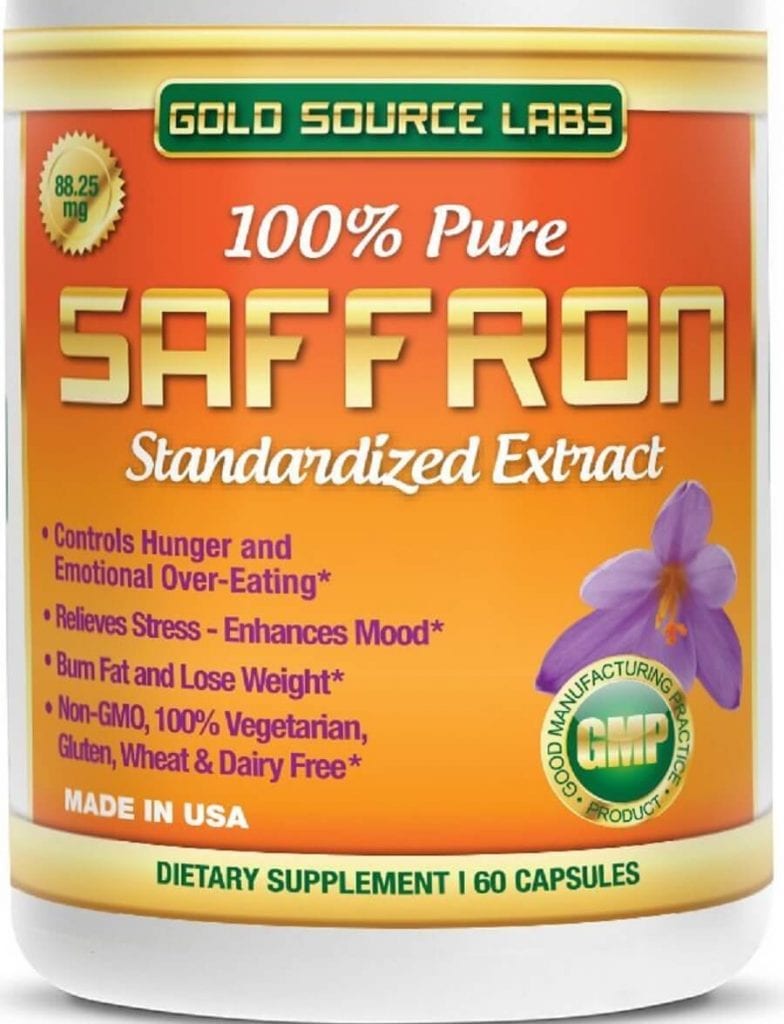 Hailed as an effective over-eating suppressant and mood enhancer, this saffron extract supplement scores a few other pluses. It doesn’t contain any GMO, magnesium stearate, gelatin, gluten, wheat, or calories.

Additionally, it sticks to the standardized, by the book content of 0.3% safranal and other ingredients such as crocin and picrocrocin. This latter compound is responsible for the bitter tanginess of saffron.

As emotional eating is a huge factor in weight gain, the saffron extract supplement ensures that when the brain triggers the chemicals responsible for our food addictions, cravings, and binges, the pill is there to calm the hungry spirits and balance our diet to normal standards.

To get the best deal on the Non-GMO Saffron Extract by Gold Source Labs, check out Amazon. 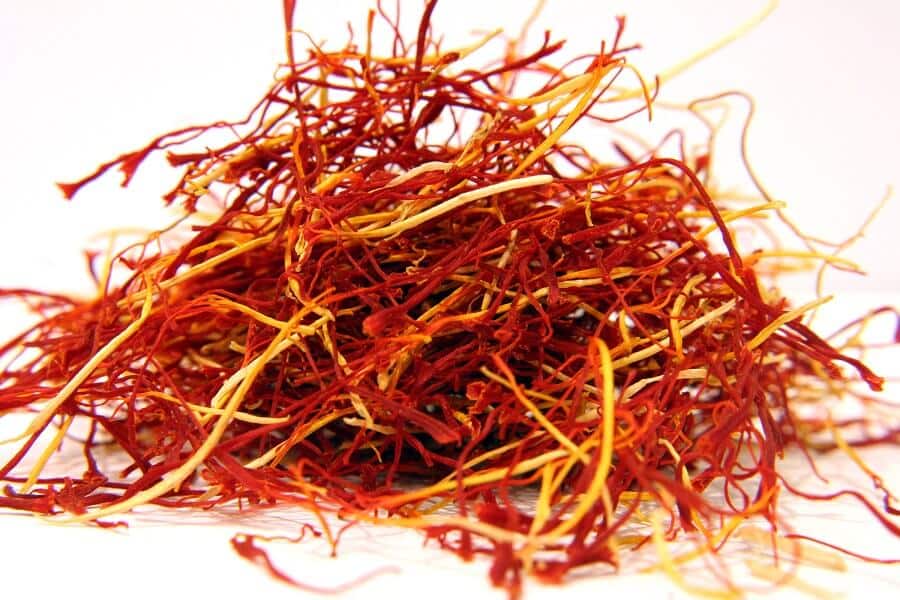 Boasting the highest content of pure and potent saffron extract – 90mg per capsule, Saffron Extract Select also prides itself on zero additives. No fillers, binders, or any other artificial ingredients.

Manufactured in an FDA and GMP registered facility, the supplement has received positive reviews from users. It seems to keep anxiety and food urges in check without any other side effects. For the best deal on the Saffron Extract Select, go to the official website.

Since the exotic spice does not have a margin of safety, you should still be careful not to overdose on the saffron extract supplement of your preference. In your journey to weight loss and emotional balance, you can’t afford to cut any corners. It may be hard to rein in the negative impulses and bad eating habits. At least, though, you know you’ve found your sidekick to fight by your side in the life long struggle.