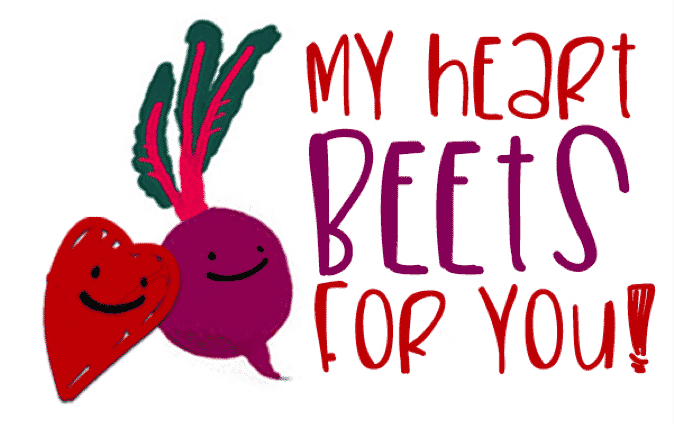 The beetroot is the primary root segment of the beet plant, also known in North America as the garden. Everybody knows that beets are great in various dishes but not many are aware of the health benefits of beets. These plants are also used in the food coloring industry.

The history of beets goes a long way. It is believed wild beets stem from prehistoric times, North Africa being its home, later “migrating” to the shores of Asia and Europe.

Beets started spreading throughout Europe with the help of tribes that first invaded Rome and then moved north.  In northern Europe, beets were first used to feed livestock but were later added to the human diet, actually becoming a popular vegetable in the 16th century.

The health benefits of beets were known since the Middle Ages when they were used to treat various illnesses that targeted digestion or the blood.

Bartolomeo Platina would recommend consuming beetroot after one has eaten garlic, in order to neutralize the characteristic breath that garlic produces.

The importance of beets grew in the 19th century with the discovery of its high concentration in sugar, this leading to the first sugar factory being built in Poland.

When the British decided to abridge the access to sugar cane, Napoleon ordered that the beet be used as the main source of sugar, further increasing the popularity of this plant.  This was also the time when beets were taken to the United States.

Nowadays, the biggest producers and dealers in the beet industry are the United States, Russia, Poland, France and Germany.

So now that we’ve told you the history, let’s get down to the health benefits of beets.

Roman men were the first to grow beets for their uses as food, medicinal remedies but also as aphrodisiacs.

Studies were conducted in order to verify this propriety and indeed, beets contain boron, a substance linked to the production of human sex hormones.

2.       Beets are a great source of vitamins and minerals

This plant is rich in potassium, magnesium, phosphorus, iron, vitamins A, B and C, beta-carotene, beta-cyanine and folic acid.

It is recommended for pregnant women to include beets in their diet due to the large quantities of vitamin B and iron contained in these plants that contribute to the growth of new cells during pregnancy.

Beet fibers are the subject of many new studies on the subject of health. Carrot fiber, along with beet fiber are very useful when it comes to the health of the digestive tract. According to some researches, beet fibers can prevent colon cancer and can contribute to the protection of the cardiovascular system.

Fibers are also recommended for those undergoing weight loss programs.

Beets are rich in a certain type of pigments called betalains which are actually phytonutrients. Betalains can be divided into two categories: betacyanins which are red-violet pigments and betaxanthins which are yellow.

Betanin (a betacyanin derivate) and vulgaxanthin (a betaxanthin derivate) are two of the most studied betalains. Research has shown that these two pigment derivates have antioxidant, anti-inflammatory and detoxing proprieties.

Although betalains are found in other vegetables as well (like chard and rhubarb) the combination found in beets is more effective.

These important nutrients can however be easily lost due to overcooking. Other betalains like the ones found in red cabbage are more heat resistant in comparison to beet betalains.

Research has shown that some of the phytonutrients found in beets (betanin, isobetanin and vulgaxanthin) have anti-inflammatory proprieties.

This state of chronic unwanted inflammation is characteristic to some illnesses including heart disease, atherosclerosis and type 2 diabetes.

Another anti-inflammatory substance found in beets is betaine, a vitamin B derivate which is involved in adjusting the level of inflammation in the cardiovascular system.

Also, betains are believed to lower the levels of homocysteine in the body, a substance derived from the cysteine amino acid. When homocysteine gathers in the blood, exceeding normal levels, it could contribute to the risk of heart disease, stroke or peripheral vascular disease.

Researchers believe that betaine has an even more crucial role when it comes to inhibiting inflammation. Betaine has been linked to decreased levels of inflammatory markers such as C reactive protein, interleukin-6 and tumor necrosis factor alpha.

Beets are considered effective liver tonics, also contributing to keeping your blood clean. Some studies are now trying to demonstrate the cancer preventing role of some substances found in beets.

Research findings have recently shown that betanin beet pigments could inhibit the growth of tumor cells through various mechanisms including the inhibition of the cyclo-oxygenase enzymes.

The studies were conducted on tumor cells coming from colon, stomach, nerve, lung, breast, prostate and testicular tissue. Although there is no possibility of drawing conclusions regarding the anti-cancer proprieties of beets, the data gathered at this point is encouraging.

Beet pigments are believed to be involved in the second phase of the detoxification process which is when specialized cells are connected to toxins in order to neutralize them and make them water-soluble. From that point on, it is easy for the body to eliminate these unwanted substances through urine.

Betaine, found in important quantities in beets, is used in a type of treatment for depression. Tryptophan, a substance with relaxing proprieties (through a mechanism similar to the one that is activated when eating chocolate) is another substance found in beets.

8.       Beets can determine the level of stomach acid

Pay attention to how the color of your urine chages after consuming beets. If it becomes pink, you have a low level of stomach acid. If the color remains the same, it means your acid level is a bit high. You can change that by eating beets of course, including the greens.

The great thing about beets is that although these plants are rich in sugar, they are low in calories. It’s like the golden ticket of foods. But wait, there’s more! The sugar consumed through beets will be gradually released into your system, unlike chocolate. This is a phenomenon seen quite rarely in raw foods.

As you can see, beets make a wonderful addition to your diet. You can consume them in the form of herbal supplements, like beetroot powder or in vegetable for.

As it has an important nutritional value and, believe it or not, a great taste you should consider including beets in your regular diet, eating it one or two times per week.

The recommended serving size is a half of a medium beetroot. Of course, no one will stop you if you want to eat a whole beet in one serving.

All that’s left is to tell you a little something about what you could do with beets. There are many ways to cook them.

The first option, of course, is to eat it raw. Just grate it and add a bit of salt, pepper oil and lemon juice. Voila! Beetroot salad.

We already mentioned the option of steaming and roasting so we’re going to tell you about the traditional beetroot soup, a delicacy in Eastern Europe.

You can also try pickled beetroots. Again, it goes great with a dash of salt, pepper and a lemon juice-oil dressing. If you don’t have the time to pickle them yourself, you can find canned pickled beets in most stores.

If you don’t feel like cooking but want to benefit from all of the nutritional and healthy substances that beets have to offer, juicing is just the thing for you! Look up “beet kvass” on the internet. You will find many recipes on how to make his cleansing, medicinal juice.

In conclusion, the health benefits of beets are undeniable. With so many cooking options and recipes all that’s left now is to decide with which one you want to start with.