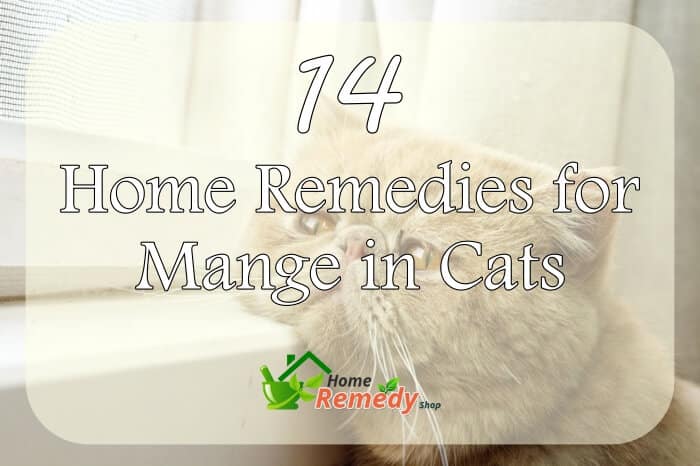 Anyone who lives with a cat is well aware that they merely allow you to be a part of their family. Cats do expect you to take care of their needs and be particularly attentive to the condition of their fur, so if your cat has mange you had better get it taken care of quickly. Here are 14 home remedies for mange in cats that will allow you to avoid a visit to the vet in most cases, though more severe conditions might require both the advice and treatment of an animal care professional.

How to Know if Your Cat Has Mange

Is there an inflammed section on your cat? this is a good sign they may have mange. Inflammation is not normal nor is it good for cats skin under the fur. The best thing to do in this situation is hope it’s as basic of an issue as mange and attempt to reverse it by using these tips below.

Changes in Personality and Habits

Does your cat seem different? Since pets cannot talk, many people pay good attention to how they are acting, sleeping, eating, and pooping. All these things give a good doorway into how the car is really doing. If your cat seems off, more irritable, unable to sleep, not enjoying the same activities or toys as before, or not interested in eating all their food as they normally would, all these signs could point to mange and would then lead you to try these natural remedies!

This one a big sign! If you are scratching nonstop, this could definitely be connected to mange. Scratching is such a crazy thing because sometimes we really have an itch to deal with, but other times, scratching can be found in the fact that the problem goes much deeper and may point to a condition such as mange. If the scratching is abnormal, try these natural home remedies below.

Is your cat licking their fur every time you look at them? We get it, they don’t enjoy a bath and would rather groom themselves. But if it seems to be much more than normal, it is not normal.

Is your cat losing clumps of fur? Do you see fur balls all around your home? Are you seeing bare parts of your feline? It may be mange.

Though it might sound a bit scary at first, lime sulfur is one of the most effective remedies for mange in cats. Lime sulfur works by killing the parasites which cause mange and is also an aid when it comes to clearing up the associated dermatoses.

If the idea of using lime sulfur is a little bit scary to you, then lemon peel might be a more agreeable home remedy for the treatment of mange in cats. The citric acid in lemon peel not only kills the mange mites, but also acts as a repellant to prevent further infestation. 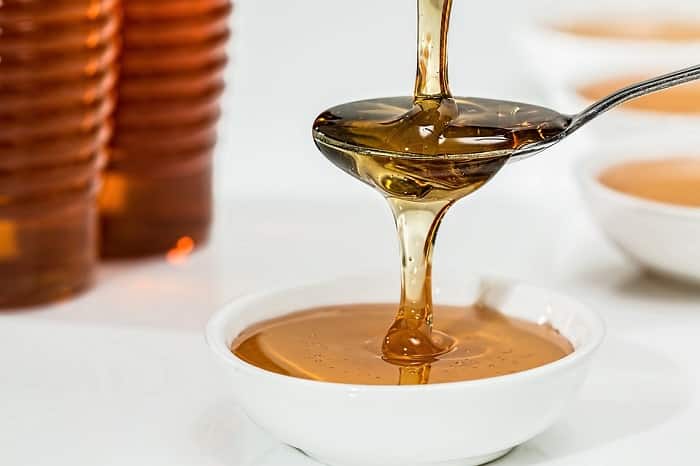 Spreading honey on your cat might sound like a line from a joke, but it is really quite effective when it comes to home remedies for mange in cats. The antimicrobial properties of honey, along with its thickness, help to choke out the mites. In addition, honey promotes the healing of any wounds caused by the presence of the condition.

Cedar oil is another effective mange in cats home remedy. Having powerful antimicrobial properties, cedar oil gets rid of the mites and also works as a repellant to prevent further infestation. An added benefit is that you won’t mind the scent.

You may or may not be familiar with diatomaceous earth, but it is another safe home remedy to utilize in the treatment of mange in cats. Diatomaceous earth is the powder of siliceous sedimentary rock which has a similar feel as pumice. It is often utilized in cat litter to do exactly what it does in treating mange; it traps mange mites and makes it easy for them to be eliminated.

Also used as a home remedy for conditions like scabies and other parasitic infestations, neem oil is also effective at getting rid of mange in cats. It is not only great at killing mange mites, but also acts as a repellant too.

One of the most successful home remedies for mange in cats involves preventing them from infesting your cat in the first place. The best way to do that is to be certain that your cat is receiving the very best possible nutrition on a daily basis in order to boost their immune system and help them to fight off parasites like mange mites.

Let’s face it, due to the fact that cats have an enormous aversion to water, frequent bathing is a rather unpleasant task, but it is one of the best remedies available for treating mange in cats. Frequent bathing not only helps to promote healthier skin and hair, but most pet soaps also kill parasites as well. 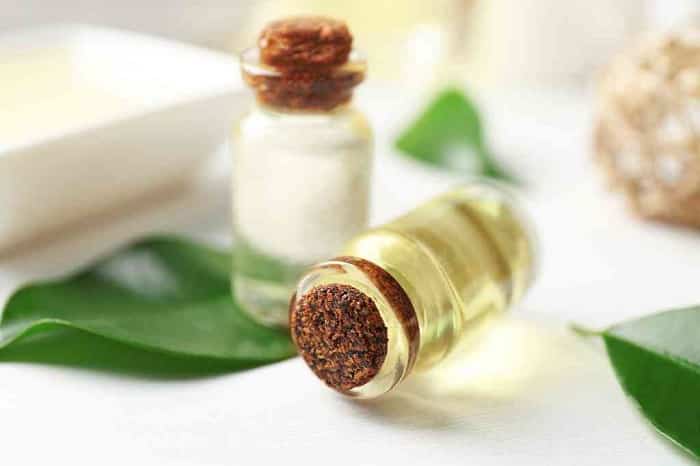 What could be less pleasant than bathing a cat? How about dipping one in vegetable oil? Vegetable oil suffocates mange mites and kills them, making it an excellent remedy for mange in cats.

Before utilizing this home remedy be sure that you understand that raw garlic is toxic to cats and cannot be ingested. Both garlic and goldenseal contain antimicrobial compounds to effectively eliminate mange mites and they also have wound healing properties to help heal skin damage associated with mange in cats.

A home remedy, for almost anything that ails you, which has stood the test of time from generation to generation, is castor oil. Castor oil is typically not an irritant to your cat’s skin, but it is used in a mixture with olive oil in order to soften the waxy build-up that often accompanies skin that has been mite infested. Both oils help to smother the mites and also promote skin recuperation.

Apple cider vinegar is a pretty potent remedy for a number of both human and pet ailments and it is also among the most effective home remedies for mange in cats. Mites not only avoid the acid alkaline balance that ACV provides, but they are also eliminated by its antimicrobial properties. 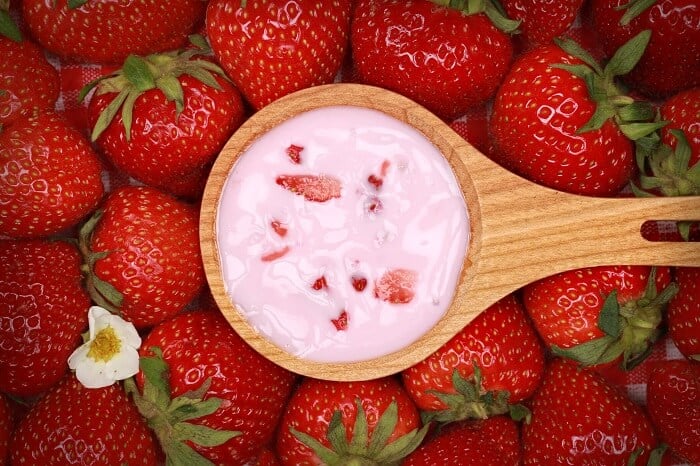 Using yogurt as a home remedy to treat mange in cats might come as something of a surprise. Not only does yogurt help to smother mange mites, but it also contains acidophilus, which is a compound which helps to heal skin damaged by mange mites, especially in the ears.

It is much easier to prevent mange in cats or treat it when you detect it early. Frequent brushing is one of the best home remedies to accomplish both purposes. By brushing your cat, you stimulate the circulation at the surface of their skin, which strengthens healthy skin tissue and also encourages better immune response to fight off a mange mite infestation.

As servants to our cats, one of our main duties is to make certain that they are healthy and happy. You can go a long way toward performing your duties by making use of one or more of the 14 home remedies for mange in cats listed above. And, as always, be sure to add any questions, comments or tips for treating mange in the section below.