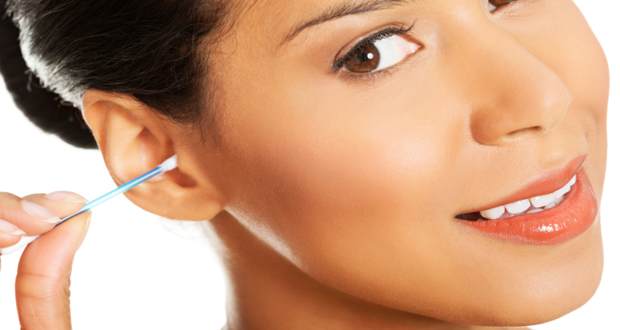 How to Get Rid of a Clogged Ear at Home

Sometimes, there’s nothing more annoying than a clogged ear, we all know that. Few things can ruin our otherwise pleasant mood more quickly than plugged ears and the feeling that nothing you can do will help you get rid of the clogging. This sensation doesn’t usually appear when there’s something way more serious going on in the body at the moment, but instead comes in the most unexpected times, when we’re supposed to be on our way to doing our own thing. Like when taking a stroll in the park during the cold season, or just when we though we got rid of that nasty cold that plagued us a week ago, or when preparing to travel at high altitudes (by plane, most commonly). Considering that the ear and the inner ear nerves have a central role in allowing us to orient ourselves into space and to feel the balance of our own bodies, this symptom can get pretty annoying, even besides a somewhat encumbered hearing sense. In today’s post, we will explore with you the main causes for this affliction, the most popular home remedies for treating it and how to actually get rid of it step by step.

What Causes a Clogged Ear?

The main causes for a clogged ear sensation have to do with exposure to cold, humidity, sudden changes in altitude and pressure, or with an underlying infection that seeps into the ear tubes and causes an uncomfortable congestion. If there’s a different reason that caused the clogged ear, the gravity of the situation can vary as well, which why some times it feels like there’s only a ringing sound in your ear that you can’t shake off, and other times there’s also a nasty headache and generalized pain that leave you more or less helpless.

So what are the symptoms of a clogged ear? Some of us know the feeling well, but others are at a loss when it comes to it being clogged and may think it is something else, possibly even something more serious than it is. So how do you diagnose a clogged ear? Here are some tips below:

1. Aching of the Ear

A simple ear ache can be a sign of a clogged ear! Feeling that sharp, yet dull pain can really mess up the side of your face the affected ear is on. Ear aches really mess up all your plans because they are nearly impossible to ignore! The sharp pain typically leaves us wanting to lay down and be cared for until it feels better.

Have you ever felt like your ear is full of liquid and it won’t pour out and over when you turn your head, no matter how much you do it? This clogged feeling is caused by water or liquid that has gone into the eardrum. Water is not meant to mess with the ear or come in heavy contact with it. So when it does, you will feel it.

When your ear is clogged, your equilibrium gets thrown off. If you feel woozy, off balance, and are having a hard time doing things like driving or walking straight, you could have a clogged ear. Feeling dizzy and lightheaded is another aspect of this. Though dizziness is a common symptom of many issues, if it is paired with others in this list, it may be leading to a larger issue.

If you hear ringing in your ear, it is likely not the church bells! Ringing in your ear can be a sure sign of having a clogged ear that needs to be dealt with. Don’t let the echo of voices and muted far away noises go on for too long! Use these remedies to help with your predicament.

Are you suffering from liquid coming out of your ear? Do you feel a sudden rushing sense and then touch your ear and see water that feels warm? This is a sure sign that your ear is clogged.

Do you know those itches you can’t get to? The ones you can’t reach or that you feel INSIDE your body This is the most infuriating thing, and when it’s in your ear, it can be infuriating and painful.

All in all, it is unlikely for a clogged ear to be anything truly alarming medically, but it definitely can lead to that. It’s important to know what symptoms relate to this element and what symptoms are those of bigger issues. If these things persist or don’t go away with any of these home remedies, it is high time to see a doctor and allow them to properly diagnose the issue. We hope your ear ache leaves soon, it is an unpleasant aliment in life!

Video: How to Unclog Your Ears

The Most Popular Home Remedies for Clogged Ears

It’s time now to look at what home remedies for a clogged ear have traditionally been recommended and used through the popular wisdom of our grandmothers. Some of these are still highly efficient and recommendable today, while some not so much. Remember: even if a home remedy is hugely popular and people swear by its magic ability to cure plugged ears or any other affliction it’s been recommended for, this doesn’t necessarily mean that it’s also true. Sometimes, a cure continues to be popularized simply by the strong belief in its efficacy, even if said efficacy is a complete myth.

That being said, let’s see what the most popular home remedies for clogged ears are and if they really are as good as they’re rumored to be.

How to Get Rid of a Clogged Ear Step-by-step

As you can see from our brief analysis of home remedies above, each remedy tends to work for different causes which lie behind the ear clogging. That means that a solution which was recommended to you for the clogged ear problem isn’t good or bad per se, but will only work for certain causes. Very few treatments deal with the symptoms without actually targeting the underlying causes, so this is what ends up making all the difference. Therefore, if you find yourself affected by a clogged ear, this is what you need to do: