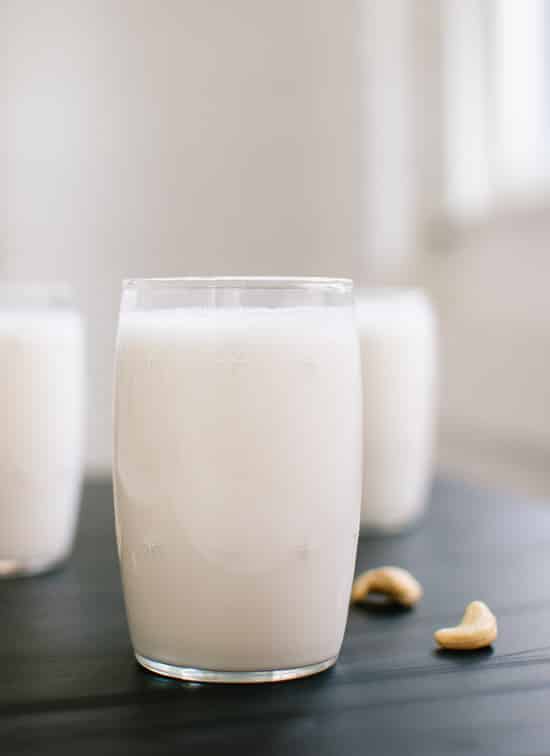 We know that there’s a lot of talk going around nature-enthusiastic circles and vegan groups about all sorts of alternatives to animal milk and that as a result you may be a bit skeptical about the idea of cashew milk. After soy milk, almond milk, rice milk and even hazelnut milk, what on earth could one need cashew milk for and what was so terribly wrong with cow milk in the first place, right? Even if you may be a tad reluctant to the high quantity of antibiotics or hormones present in industrially produced cow milk, there’s always the fancier alternative of milk from free-range, grass-fed cows, or goat’s milk, so you don’t have to turn down animal milk for good. Why then would you leave that for vegan “milk” made of various nuts?

Well, the answer to this is simple: no one here is advising you to abandon animal milk for vegan milks completely, especially if the animal milk you’re having is from a good source. Carefully produced goat’s milk and even cow’s milk have plenty of health benefits in the human diet, in spite of alarmist articles that try to argue that human adults shouldn’t consume any kind of milk whatsoever. We at Home Remedy Shop, along with plenty of holistic nutritionists everywhere, believe in not excluding anything from our diets, as long as it comes from a clean source. Variation is the value around we should build our diets instead, which is precisely why we recommend you to try the delicious cashew milk (or almond milk, or hemp seed milk and so on). Not as a replacement to regular milk (by the way, never ever try to put soy milk in your coffee, trust us: only cow’s milk or coconut milk at most can pull that cup-of-joe right!), but just a variation to try every now and then, both for the sake of its delicious taste and for the sake of its health benefits.

As previously mentioned, cashew milk is pretty damn healthy, first and foremost because the cashew nuts it’s made from have plenty of health benefits of their own. It’s true that all nuts have a pretty high fat content which results to a high calorie count, a fact which can deter some people from having them too often because, sadly, people are often looking into healthy food topics only when they’re also trying to lose weight. But things aren’t so simple: low-fat does not make something healthier: many times, in fact, it’s just the contrary. A lot of foods which are marketed as low-fat versions of the regular are filled up with sugar and other hidden additives to make them taste good in spite of the low fat content, which makes them considerably harmful compared to their regular whole-fat version. Next time you’re in the food section of your general shopping spree, do yourself a favor and put down the low fat yogurt, because excessive carbs are overall far worse than excessive fats, and the low-fat and high-carb diet Americans have been on in the past few decades is considered the main culprit behind the obesity epidemic we’re facing today.

Therefore, people shouldn’t steer away from fats as long as they’re healthy fats, such as the ones found in raw nuts (including the wonderful cashews), fatty fish, dairy produced from grass-fed cows and so on. Good fats are vital for the well-being of your whole body and they will even keep weight gain at bay if your overall calorie count doesn’t fly off the charts. The nuts and seeds is a food group that has been at the most disadvantage in our general reluctance to fats, and it’s a shame considering how many more vital substances are usually contained by nuts and how much they could benefit us. So, not to drag the point any further than necessary, we should all start eating more raw nuts and seeds as often as possible – 3-5 servings a week (a serving can be measured as a handful of the nuts in question) should be enough to access the health benefits they carry.

And by trying cashew milk every now and then, you can bring more of these benefits into your diet! For optimal results, we’d suggest alternating between the milks you consume as much as possible, and keeping your fridge well-stocked with nut milks by preparing one type of nut milk once a week. Here’s why you should give cashew milk a place in the spotlight, followed by instructions on how to prepare it. 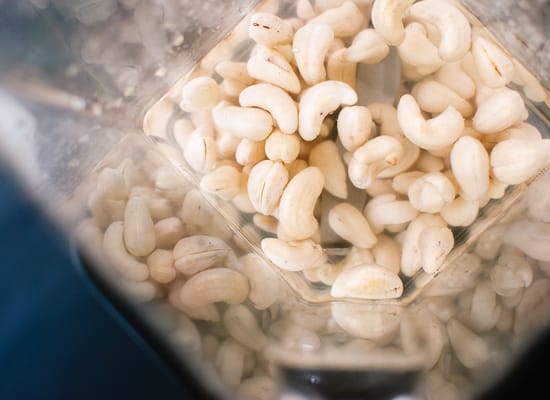 On that note, cashew milk is a beautiful way to enjoy cashews, and it doesn’t even pack the calorie intake you may be scared of after our fat-praising rant above.

Even if the process may sound scary if cooking isn’t something you dabble in too often, rest assured that all that stands between you and delicious homemade cashew milk (or any other type of nut milk, for that matter), is some patience and a high power blender. You probably already have one in your kitchen for juicing and smoothie purposes, so you can’t object to the simplicity of the process. If you’re familiar with how to make almond milk at home, then you may be weary of the straining process which can indeed be quite tiring, and you may also object to the fact that so much of the ground nuts remain and get tossed away every time you prepare the milk.

Well, we have two pieces of good news for you: first of all, in the making of cashew milk, the nuts completely dissipate in the water, which means that no part of the nut goes to waste. This not only cuts the loss, but also makes the fabrication process considerably easier for you since it allows you to skip the straining part completely. Second of all, if you’re still having some guilt over throwing away the nut remains when you’re making almond milk, just put any nut paste that is left over from the milk-making in your favorite batter or cookie dough and we promise you they’ll be right at home there. If you don’t bake, don’t worry, there are still plenty of good things to do with the left-over nut paste – from spicing it to use as a spread to making a home-made body scrub out of it and so on. But this is something to think about only when making almond milk, which is a different story.

Today we focus on cashew milk and this is good news mess-wise too, because, as we said, one of the beautiful things about making cashew milk is the fact that the nuts blend into the water completely. These are the ingredients you need:

How to: Start by soaking the cashews in some water (this water isn’t accounted for in the ingredient list) the night before, in the fridge or at room temperature. This not only makes the nuts break down easier when you’ll blend them, but it also releases some powerful enzymes from the nuts which will then make the milk all the more good for your digestive system and bowel microbial flora and so on. Make sure the nuts soak for at least 6 to 8 hours.

In the morning, when you’re ready to make the milk, drain the nuts and discard the soaking water. Put the nuts and 2 cups of the water in your blender and let them blend for 2 or 3 minutes, until it’s all completely blended together. Then continue by adding the remaining 2 cups of water and all the flavorings stated on the ingredient list (sweetener, salt, vanilla and the pinch of spice of your choice – we’d go with cinnamon for starters). Mix well and the cashew milk is done! You can savor it straight away, chilled, or next to your favorite breakfast cookies or cereal. The clean-up required after making the DIY homemade cashew milk is minimal, and the result is delicious! Even if you won’t make any other nut milk ever, this is the one recipe so easy to throw together that we promise you this: once you give it a try, you’ll keep making this week after week, to the delight of your taste buds and of your whole body. Enjoy!