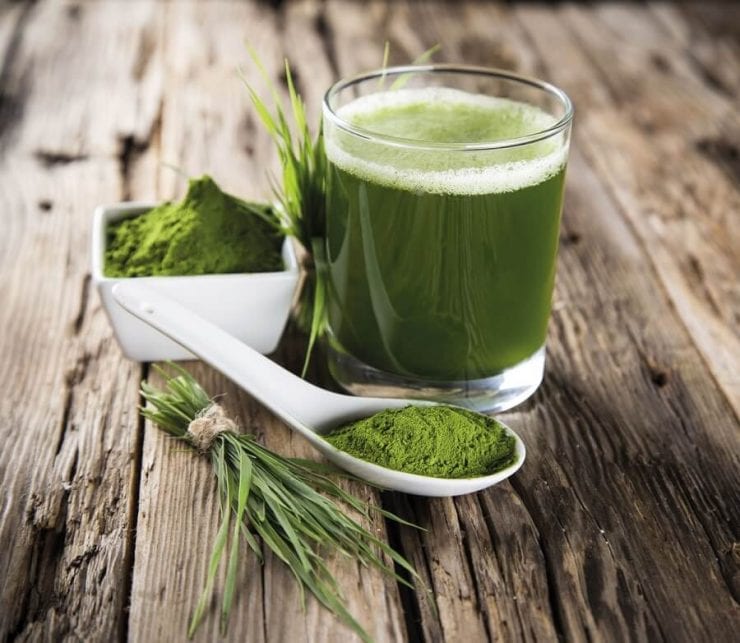 Top Benefits of Barley – The Cereal to Start Your Day With

A member of the grass family and a major cereal, barley keeps good company with the likes of oat, wheat, amaranth, sorghum, millet and the grain on everyone’s lips nowadays, quinoa. The low fat and high fiber content, rich nut-like flavor and attractive vitamin and antioxidant package are just a few of the many benefits of barley that should earn this chewy cereal a place on the dinner table. 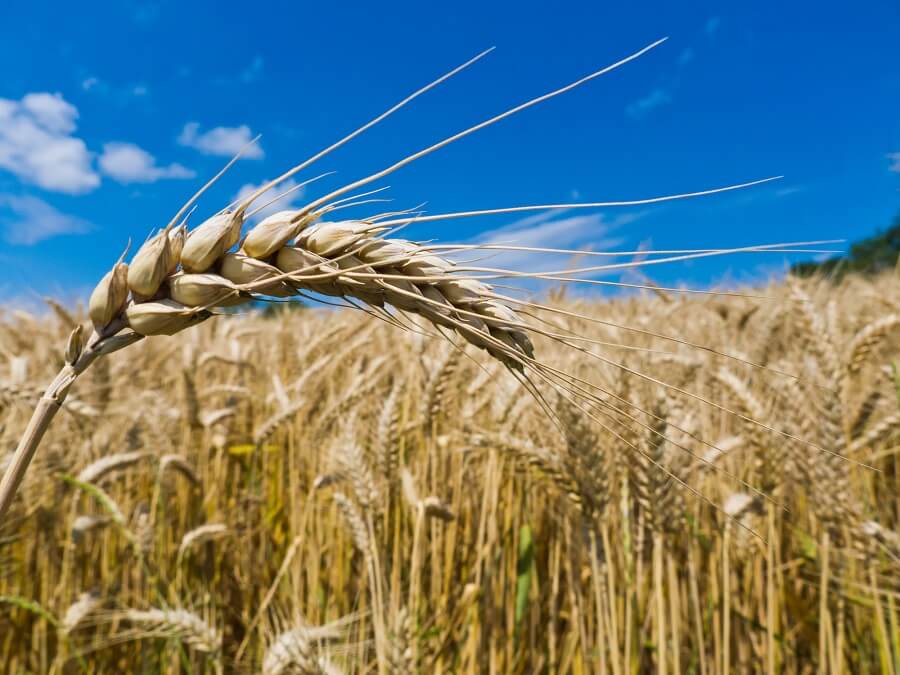 Barley carries a long history in our diet. In medieval times, it was celebrated as a staple grain for peasants and a welcome ingredient in beer. Barley grains, rich in maltose, are fermented into sweetish malt beverages and whiskey.

Before you can reap the health and mood-enlightening benefits of this versatile cereal, you should first get acquainted with the different types of barley available at your local grocery store. 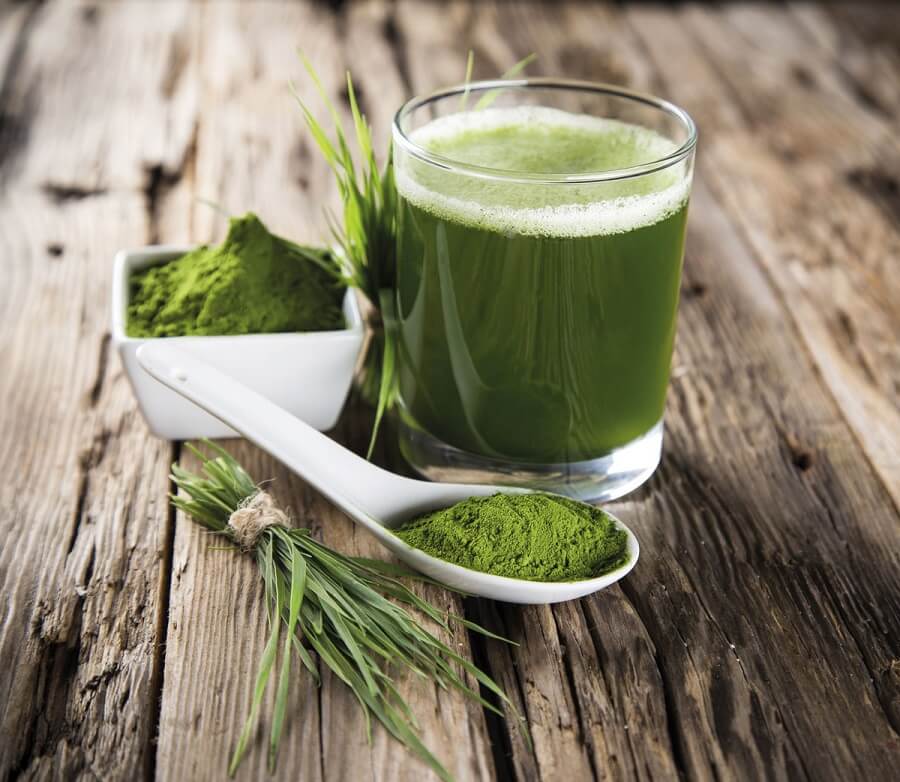 Great news for vegans. The health benefits of barley are mostly attributable to the eight amino acids which it contains. In other words, barley is almost a complete protein in our diet. 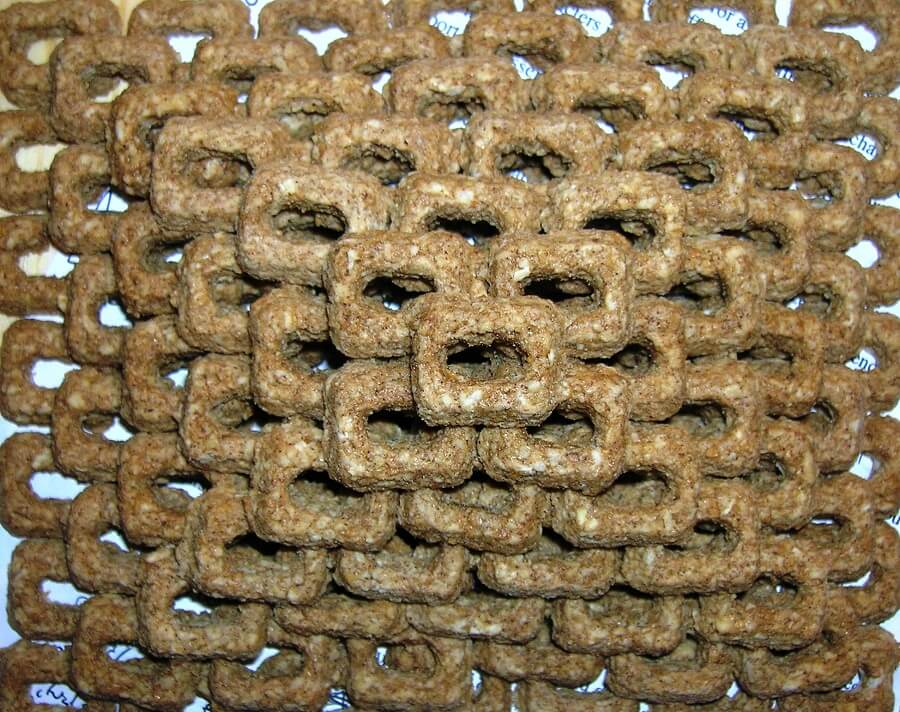 One of the most important nutrients that we often neglect is fiber. Barley has plenty of that, both in soluble and insoluble form.

With each cup of barley, you get approximately 6 grams of fiber. Apart from giving you the full-belly impression when the fiber expands and takes over your digestive tract, barley aids in glucose metabolism and a healthy colon.

That means your body is kept in top notch toxin free condition. The friendly bacteria in our large intestine partners up well with the fiber content of the barley to produce butyric acid, the main fuel of intestinal cells. This will keep your stomach clean and your bowel movement regular. 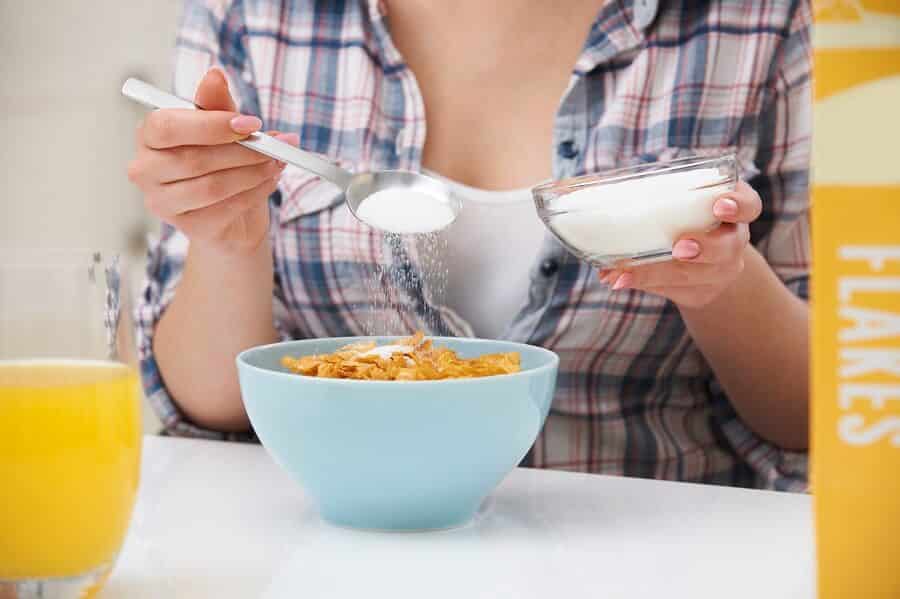 High fiber foods like barley should be a consistent part of the daily diet of people suffering from diabetes or any form of metabolic syndrome. Its grains slow down glucose absorption, the rate at which sugar is released into the blood stream.

Particularly the beta-glucan soluble fiber is responsible for controlling insulin release. Being a viscous fiber, our body can’t digest it, leaving the beta-glucan freedom of movement within the digestive tract. As it does this it binds with water and improves insulin sensitivity. 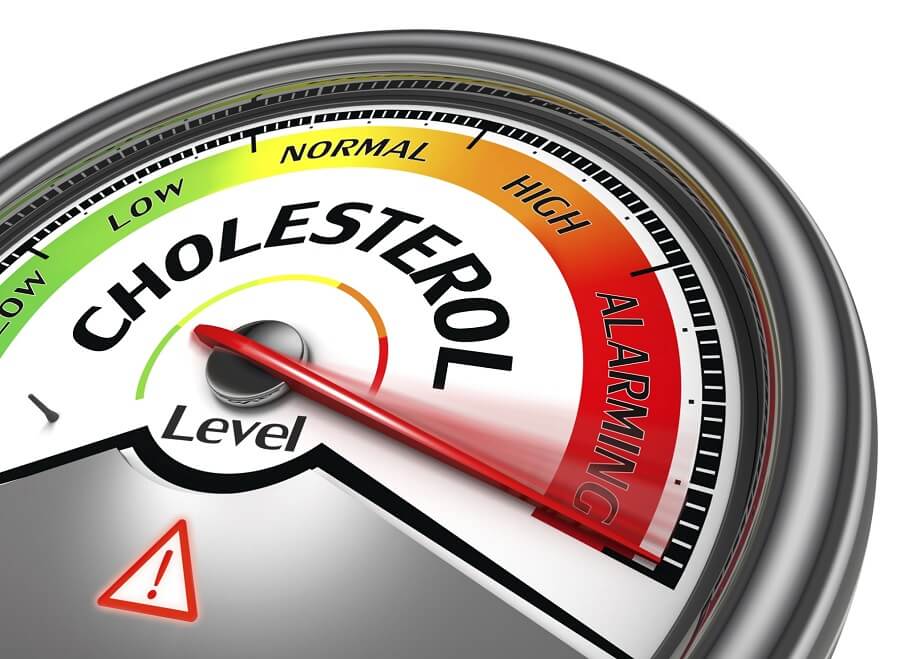 Due to its ability to lower blood cholesterol levels and therefore drop the incidence of heart disease, the high fiber barley has really muscled its way to the top best of whole grain cereals.

The insoluble fiber responsible for drawing in the fame yields propionic acid which inhibits the bad cholesterol from being absorbed in the intestines. Therefore, one of the researched and tested benefits of barley lies in minimizing cardiovascular risk factors in people.

Another condition, known as atherosclerosis, sees cholesterol suffocating the artery walls. Niacin, a vitamin B found in barley, can strip those fatty deposits off the arteries. Postmenopausal women who are more prone to high cholesterol, high blood pressure and cardiovascular diseases are recommended to consume barley at least six times a week.

Lignans, antioxidant phytonutrients, are correlated with lower incidences of cancer and heart disease. Barley is packed with these antioxidants, especially with one type of lignan, 7-hydroxymatairesinol.

This helps the body to find a balance between good and bad bacteria within the gut, thus reducing inflammation and boosting the enterolactone level, a compound which aids in the prevention of breast and prostate cancer, not to mention other hormonal disorders.

If your nails get those white patches that show you’re low on your calcium levels, pour yourself a cup of the green juice. The manganese content in barley is needed to treat iron deficiency anemia. 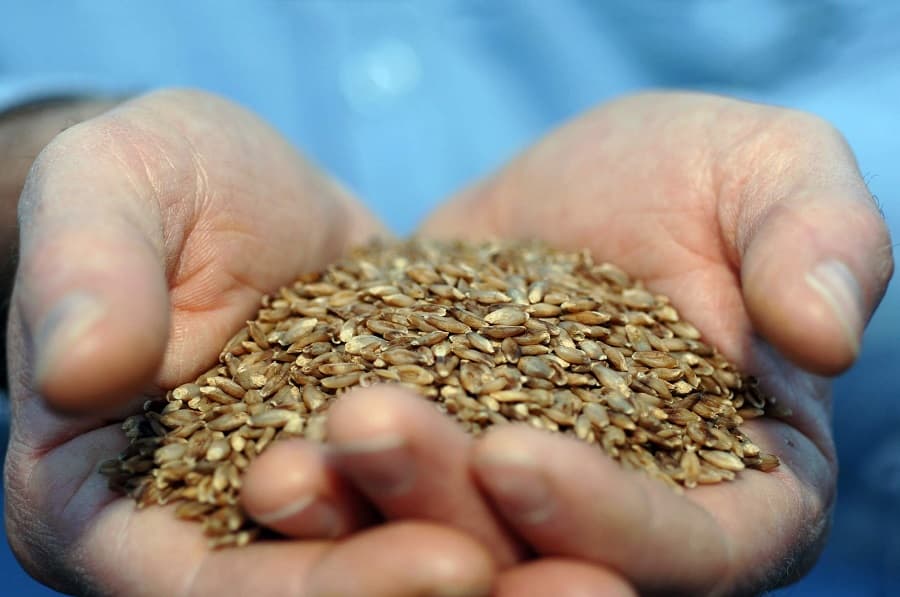 The vitamin C content in barley is almost twice that to be found in oranges. Any strain of flu or cold that dares attempt to your health will meet its match in a confrontation with barley’s main army of vitamins, minerals and nutrients: B vitamins, copper, chromium, phosphorus, magnesium, niacin, selenium, thiamine, and more. 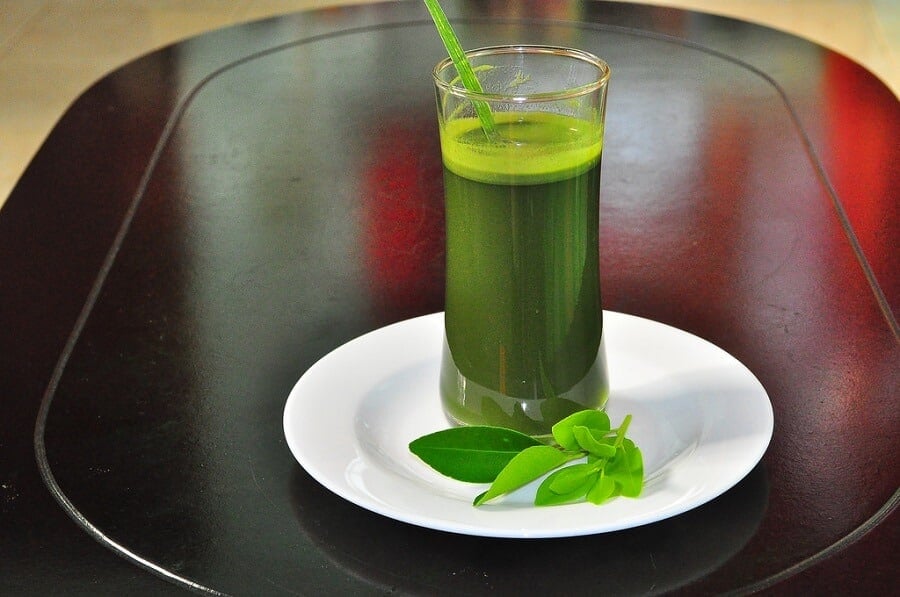 Barley water is the perfect drink to quench your thirst when the high temperatures hit the fan. Due to its natural cooling and soothing properties, it brings down your body’s internal heat as well.

Not to mention its nutritional value and how it improves blood circulation. Make your barley water more refreshing by adding fresh lemon juice and sugar. 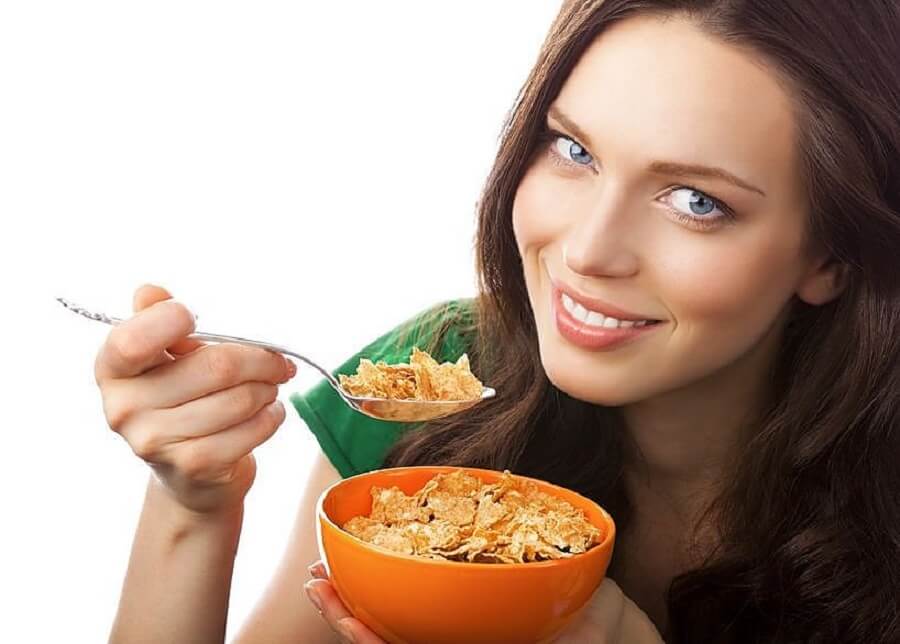 Aging skin needs a vitamin fueled cure, and barley can provide it. This cereal has been proven to reduce inflammation and protect the skin from free radical damage and loosening.

Selenium preserves the elasticity of the skin, while also lending a hand in internal body maintenance as well. It improves the heart, the immune system, and the pancreas.

As barley tightens your skin, it will become supple and moisturized. These are the first steps to preserving your younger self for as long as humanly possible.

Plus, the antioxidants in barley aid in decelerating the wisdom wrinkles. Anyway, using barley to the best of its abilities is the surest sign of wisdom. 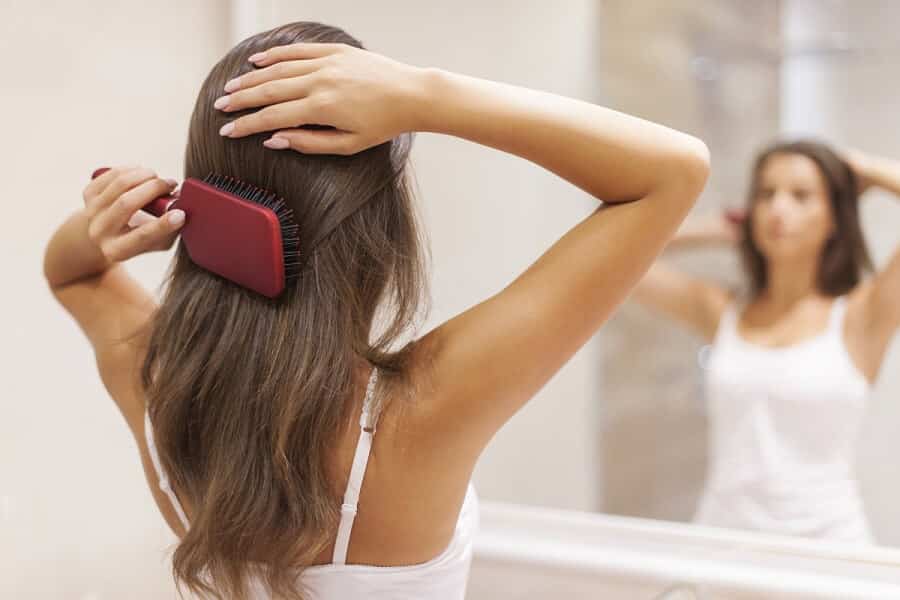 Healthy hair means brilliant colors and a wealth of strands that speaks volumes.  Healthy hair is the first sign of a healthy body. This is where a prolonged disease or a lack of nutrients will be obvious first.

Problems such as alopecia, hair loss, dandruff, premature whitening of the hair will arise if you don’t get the right amount of nutrients, proteins, and carbohydrates in your body.

Green barley grass will aid in restoring your hair color. Moreover, as we’ve mentioned earlier, barley is an important source of copper which is involved in the formation of melanin, the pigment designed to provide color to your hair.

Barley is packed with the micronutrients, thiamin and niacin. These help in hair growth.

If you’re wondering why you’re losing hair, you might want to check your blood’s iron and copper levels. Anemia is one of the most common causes of hair loss. Barley contains the minerals to improve the production of red blood cells, thus stimulating hair growth.

The health, skin and hair benefits of barley are beyond questioning. If you’re still unconvinced, it’s also worth noting that this nutty-flavored cereal will not just add value to your body – like any long term investment, you’ll cash in later on the profit, but also to your palate.

You can enjoy it out of a varied menu of meals such as salads, stew, soups, breakfast cereals, and even with chicken and mutton cooked in the tandoori style.