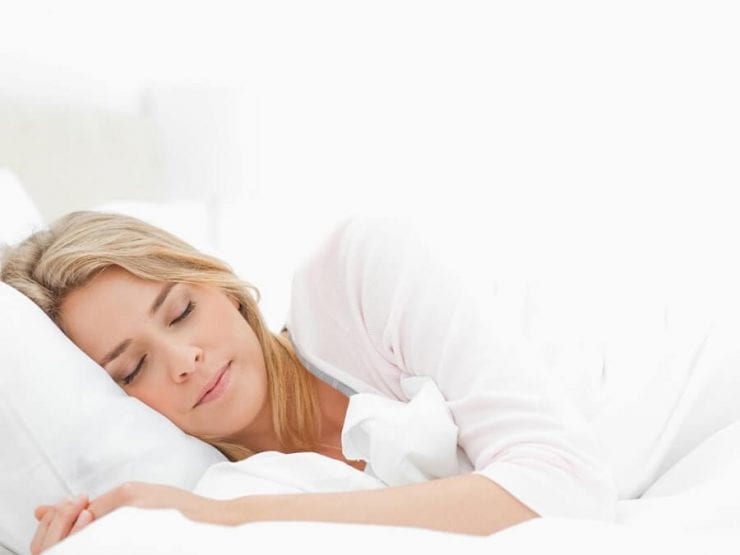 They hide in dark places, nest close to where humans sleep, and crawl out just before sunrise for their daily intake of blood. If you were expecting home remedies to remove vampires, you’d better redirect your search to a Bram Stoker fan club website instead. In this post, we only have the second worst thing. Bed bugs. They can bite, and there’s one natural consequence of that. Bed bug bites itch. So let’s scratch off this problem together. 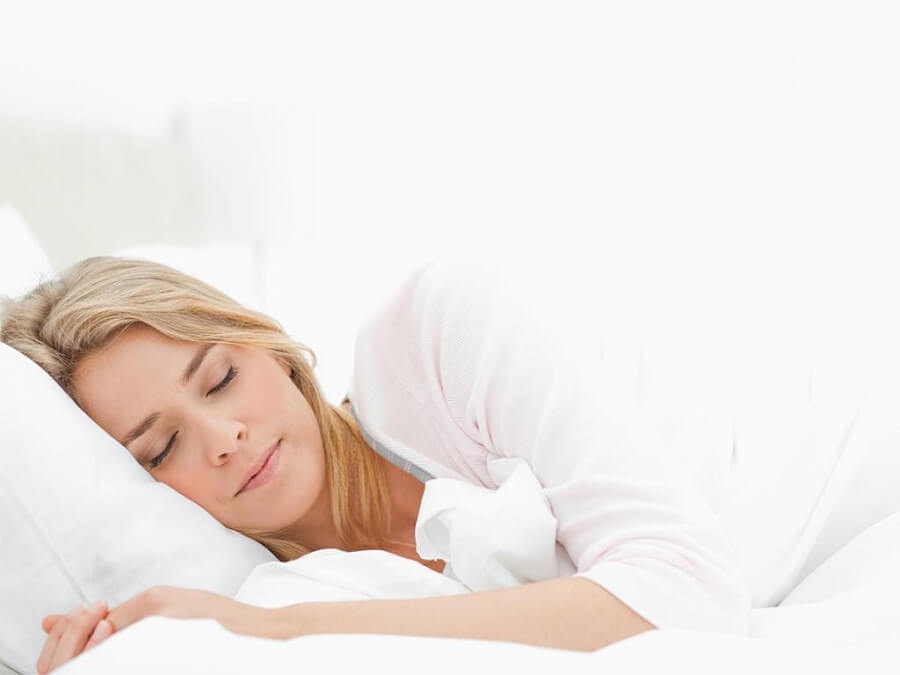 Actually, not everyone reacts to a bed bug bite – the consensus being bed bugs are masters of evasive maneuvering techniques, but itchy red welts, engorged bite marks, and even painful swelling signal the presence of bed bugs.

Some people may even develop an allergic reaction and, in the rarest of cases, an anaphylactic response. Fortunately though, bed bugs don’t usually carry any contagious diseases. Still, an unnerving itching can lead to excessive scratching, which may in turn cause a skin infection.

So we’ve compiled a list of homemade remedies to help your skin withstand the bed bug attack. Just follow these useful tips and we guarantee that in no time at all, the itchiness will remain a distant nightmare. 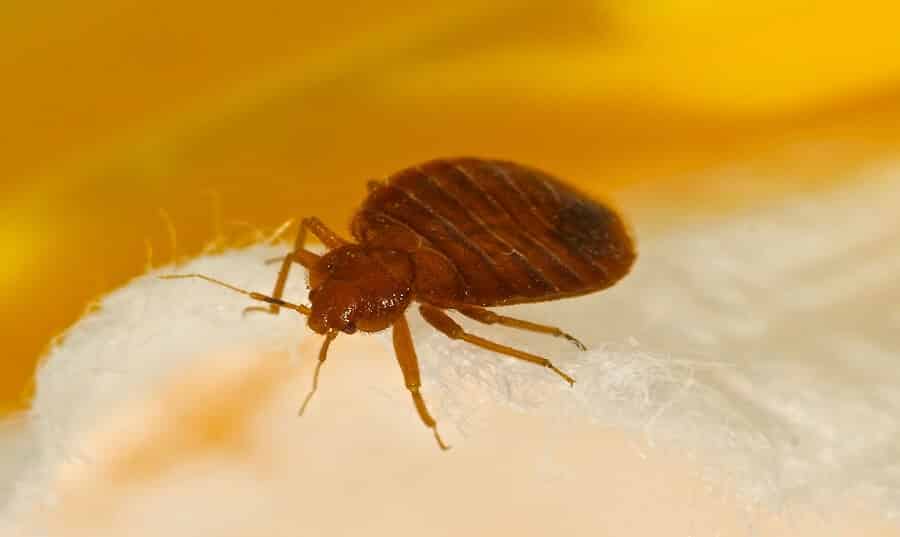 Wow, a picture is worth a thousand words. As you can see, bed bugs are brown-colored, oval-shaped insects. Still, unless you have a microscope hanging around the house to magnify the tiny insect ten times its size, you’re better to put in some detective work of another kind.

The crime is done, your skin aches with itchy welts and the culprit fled the scene. In order to catch it, we need to identify it. So what do we know about the suspected bed bug?

Immature bedbugs, called nymphs, require five meals of blood before shedding their skins off to reach maturity. If the conditions are favorable and the meals bountiful, the bugs can develop fully in less than a month. In a year, three generations could nest into your mattress. Other hiding places include headboards, couches, tiny crevices, and cracks.

Other traces left behind:

How to Identify Bed Bug Bites 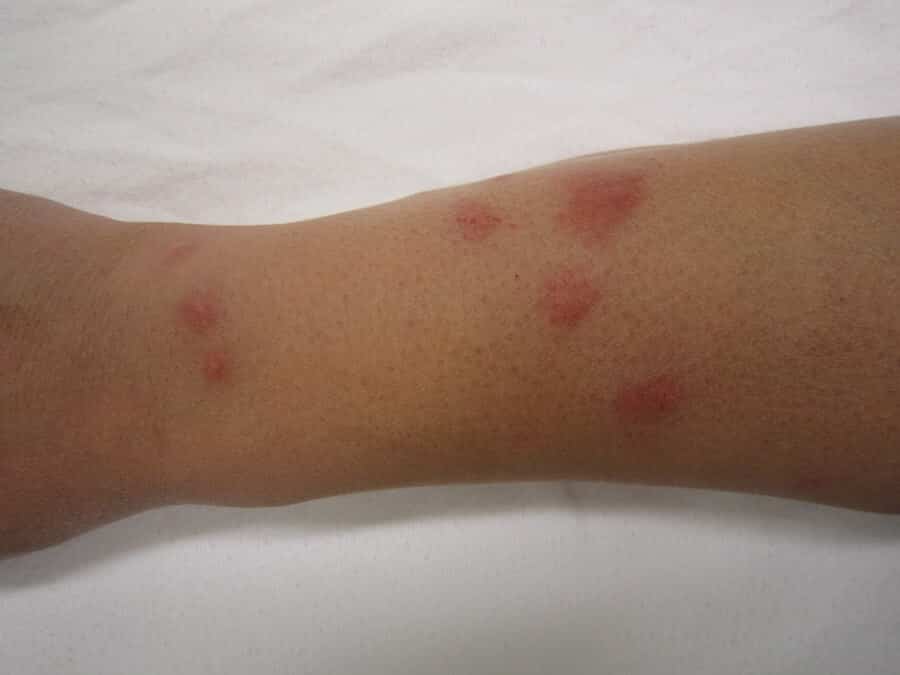 Most bedbug bites are painless at first. Some people don’t even realize they’ve been bitten. Sooner or later, though, those itchy welts will pop up like last night’s nightmares.

Bedbug bites resemble other insect bites, including mosquito bites. Therefore, they might be tricky to distinguish, even for a clinical physician.

So inspect the bites carefully, to make sure bed bugs are responsible for the itching. Here are some tips:

How to Stop Bedbug Bites from Itching? 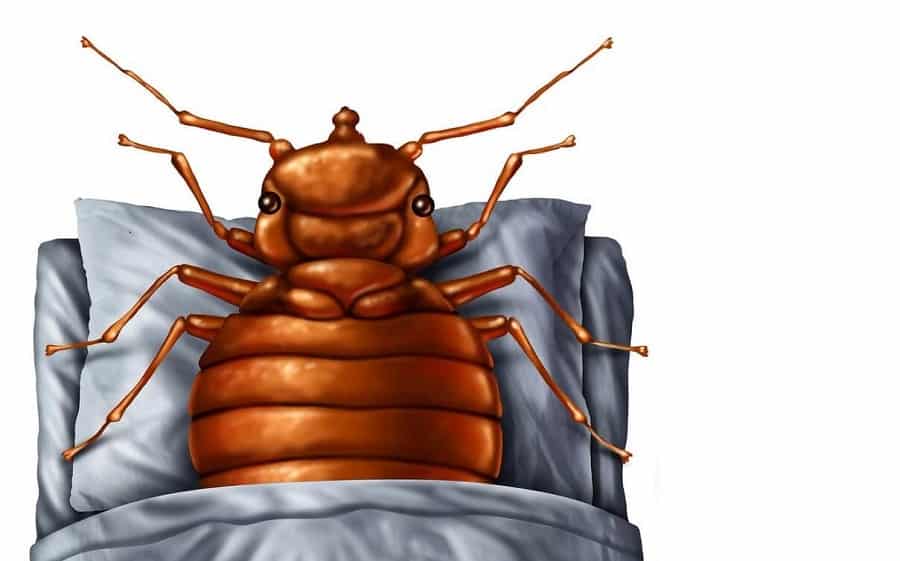 First, make sure you got rid of the bed bugs pest. Clean bedding, linens, curtains, and clothing in hot water and dry them on the highest dryer setting.

Secondly, storm your pantry, fridge, and medicine cabinet. The ways to relieve the bed bug bites itch you probably already have on hand.

Mildly wash the bitten area with antiseptic soap to reduce the itchiness. After the soap dries, wash it off with water.

The cold temperature from the ice helps numb the nerves of the bitten area, which, in turn, relieves the itching sensation and pain and calms the swelling.

Just wrap some ice cubes in a cloth, place it on the afflicted skin and remove after 15 minutes. A piece of warning, do not apply the ice directly on the skin. It tends to stick. 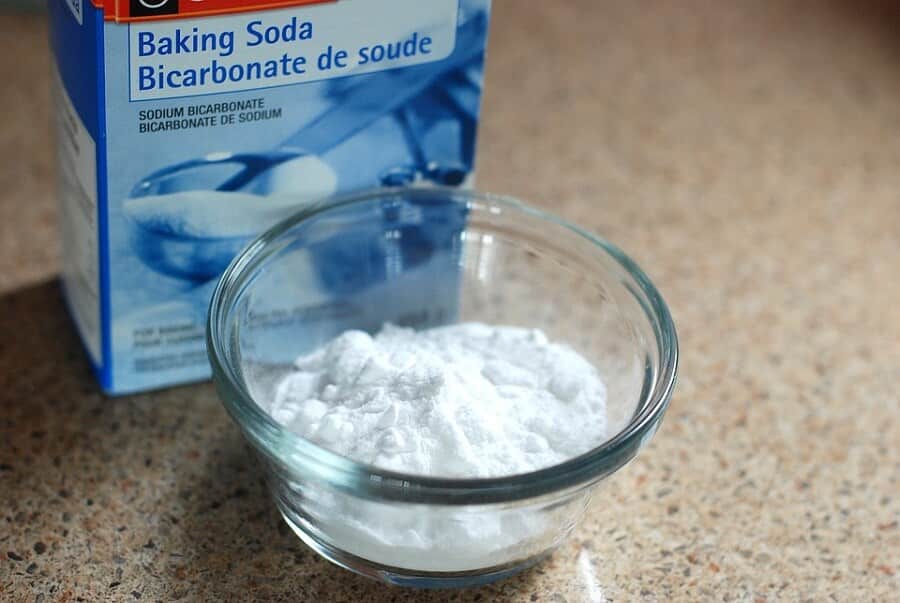 Make a thick paste of baking soda by adding water. Apply a thick coat of the paste to your bites. Let it dry and rest on the rash for an hour approximately before washing it off with warm water. This is a well-known remedy to treat any itchiness caused by stings.

When bed bug bites itch you to the point of driving you crazy, apple Cider Vinegar might come in as a useful trick. It has anti-itching and anti-inflammatory properties which help in relieving the bite.

Apply raw apple cider vinegar on your skin, using a cotton ball. Leave for a couple of minutes, then wash it off with water.

If you don’t have apple cider vinegar, you can use white vinegar instead. 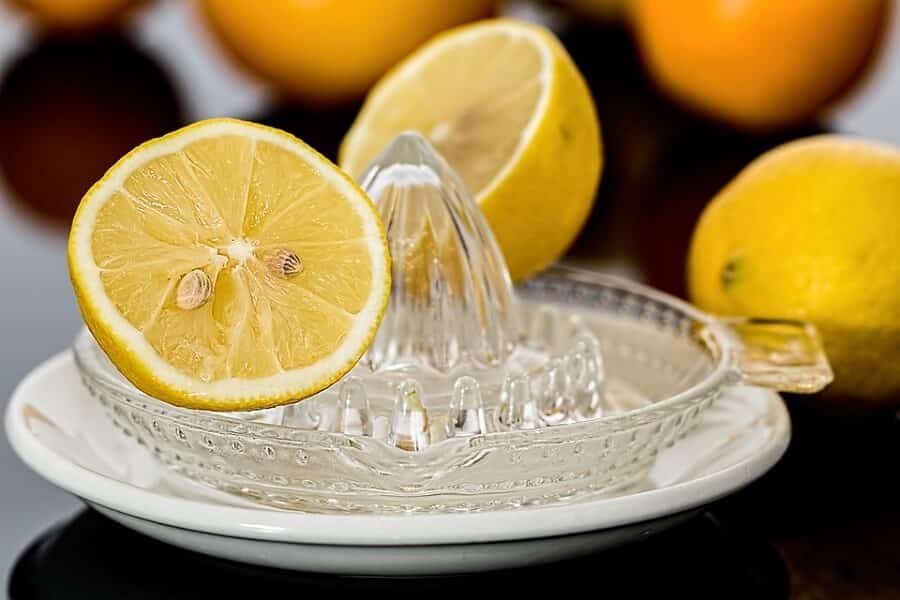 Being a natural astringent, lemon juice helps heal the bites, while keeping the itchiness at bay to give you of moment of respite. Plus, its antibacterial properties reduce redness and swelling as well as prevent infection.

Dib a cotton ball in lemon juice, and dab at the rash to dry it out and control the itch. Do this a few times a day. Remember, though. Lemon Juice may turn your skin prone to sunburn. So don’t go sunbathing on the beach after using this remedy. Plus, it hurts on open wounds, so don’t apply if that’s the case. 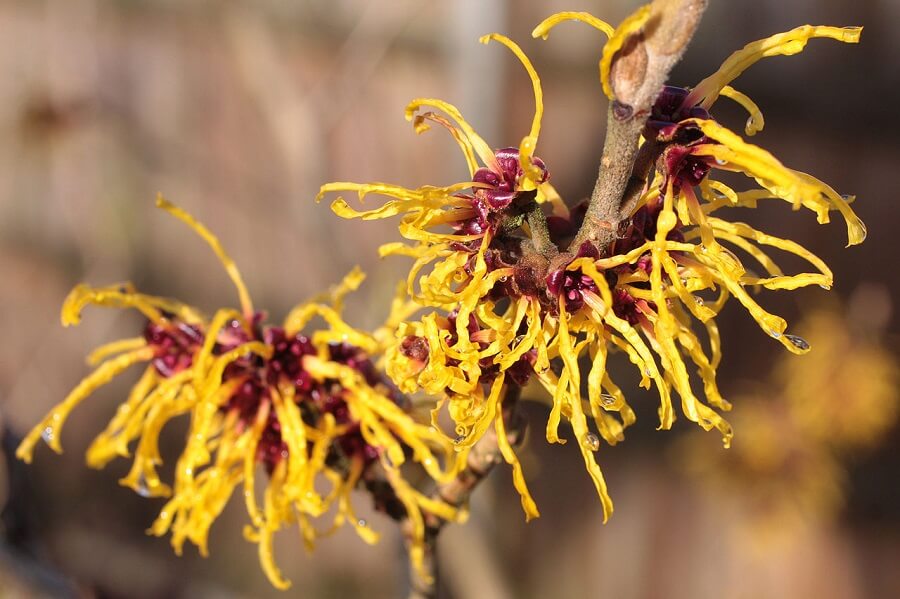 Much like lemon juice, Witch Hazel is a liquid astringent that you can get from a drug store. We know, not really a homemade, but it’s worth mentioning nonetheless.

Its uses have more to do with facial cleansing, but seeing how it contains tannins with mild anesthetic effects, it can also help soothe you when those bed bug bites itch. 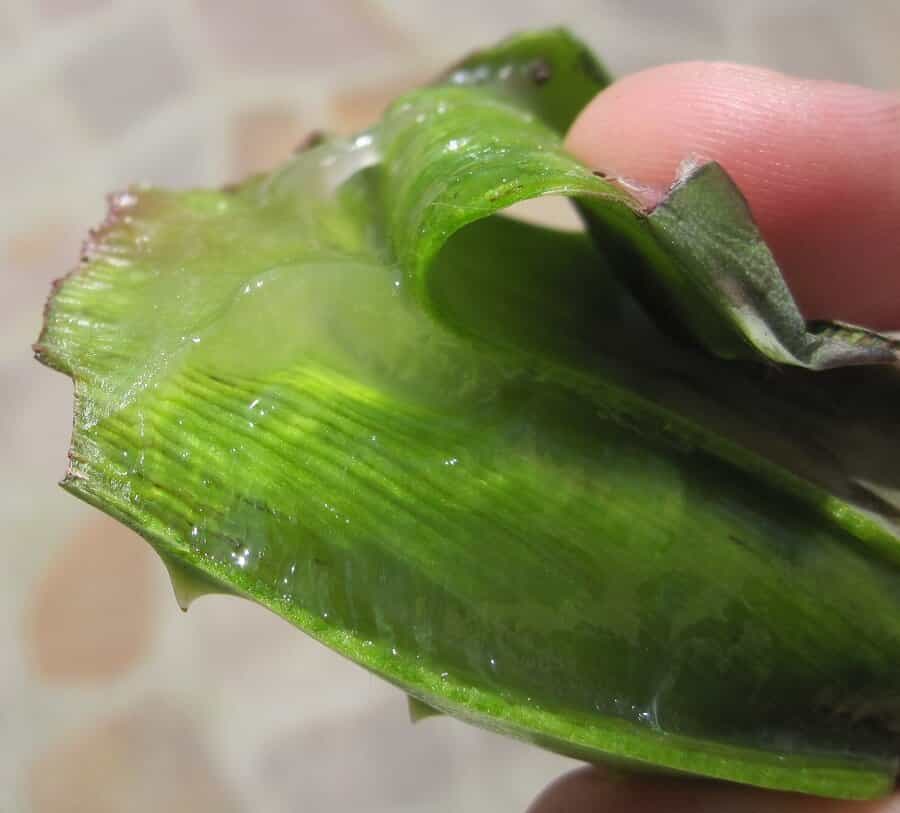 Even Mahatma Gandhi hailed Aloe Vera as his ‘secret force’. Along, of course, with an ‘unshakeable faith in God’ that made him Gandhi. With such credentials, Aloe Vera can surely attract your attention as a bed bug bites itch treatment.

Use pure 100% Aloe Vera gel. This succulent gel contains both antibiotic and anti-fungal properties. Its active compounds and amino acids can ease itching and burning and help prevent a secondary infection due to scratching. It also keeps the skin moisturized through the whole ordeal. 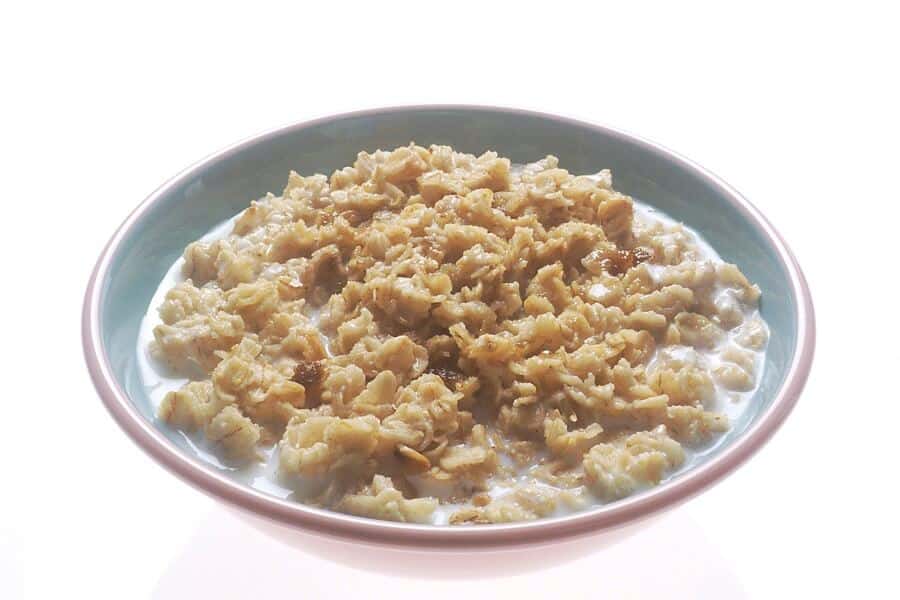 Due to its soothing and anti-inflammatory properties, oatmeal is an excellent treatment of bed bugs’ bites and itches. It reduces skin irritation, as well as skin issues such as psoriasis and eczema.

Make a paste of oatmeal by mixing few teaspoons with some drops of water. Apply it on the affected area, and leave it for least 15 minutes. Then, rinse it off.

Alternatively, you can prepare an oatmeal bath by mixing half cup of finely grounded oatmeal- colloidal oatmeal, a few drops of peppermint oil and warm bathwater. Soak yourself in it for 15 minutes. Do this for a couple of days. 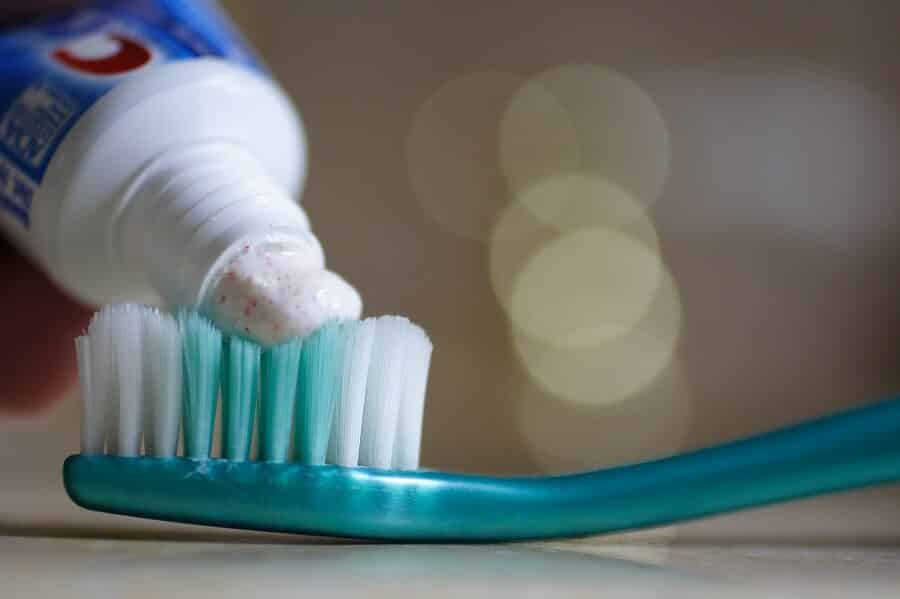 Toothpaste is another effective remedy for when bed bug bites itch to blisters. It contains menthol, which acts as a cooling agent in reducing the itching and burning sensations.

Dab a little white toothpaste- not the gel version on the affected area. Leave it on for 10 minutes, then wash off the area. Repeat the process regularly.

“The cucumber is about as close to neutrality as a vegetable can get without ceasing to exist.”

The words above might ring true when you consider the cucumber’s taste, but not its abilities to relieve itching and swelling caused by bed bug bites. These unfairly criticized vegetables contain vitamin C and caffeic acid that combat inflammation.

Simply take a chilled cucumber slice or its peel, put it on the affected area and leave rest for up to 15 minutes. For the effective results, repeat the process five times a day.

Moist tea bags can also be of help. They control the intensity of itchiness, irritation, and swelling.

Tea contains Polyphenols, abundant micronutrients already existent in our diet that have anti-inflammatory properties. These, in turn, aid you in getting fast relief from bed bug bites.

Cool a moist, used tea bag in the refrigerator for at least 30 minutes. Then place it on the irritated skin for about 15 minutes. Repeat as needed.

There’s a selection of natural oils you can use to help cure the bed bug bites faster. Try peppermint oil, lavender oil or tree tea oil. They all have a disinfectant, cooling effect and natural anti-inflammatory properties.

Banana peels are more than clown traps to make small children laugh. They can be a remedy to help alleviate the irritating feeling of a bed bug bites itch. Just rub the inner side of the banana peel on the bitten area, and see how it feels.

Apart from being incredibly delicious, this paste combines the anti-inflammatory properties of the cinnamon with the moisturizing abilities of the honey, thus reducing the chance of turning bed bug bite into an open wound.

Apply this paste and let it dry before washing. Alternatively, crush some cinnamon and mix it with water. It will stop any further infection. 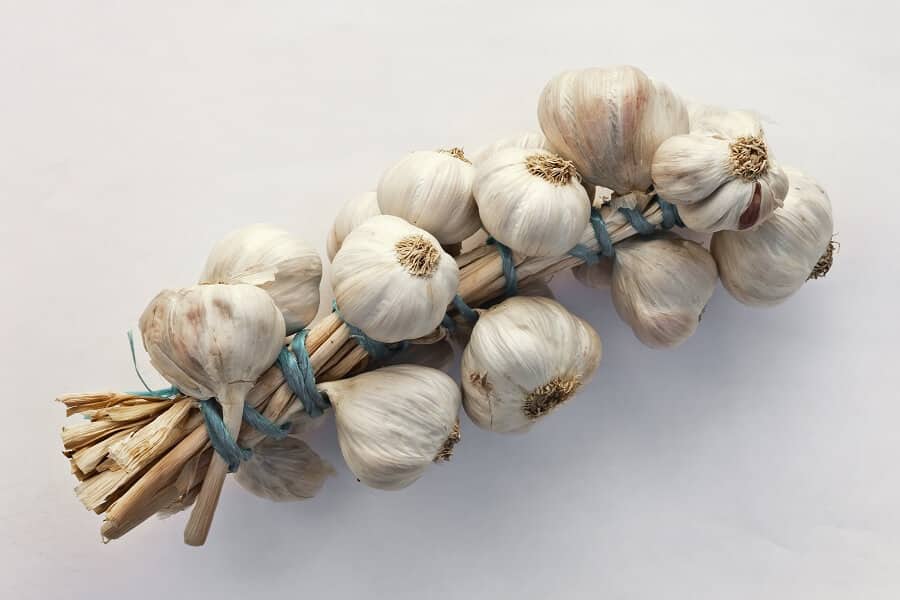 Here we are, coming full circle. Apparently, bed bugs and vampires have two things in common. They draw human blood to survive and can’t abide the taste, smell or simply the sight of garlic.

If you ingest the sharp-flavored plant, bed bugs will hate their midnight dinner. The plant’s strong antibiotic properties also accelerate the healing process in case of a severe bed bug rash.

Unless you get rid of the infestation, all these homemade remedies will barely scratch the surface of the problem. So if you want to make sure those bed bug bites itch no more, it’s easy. Just don’t let the bed bugs bite!