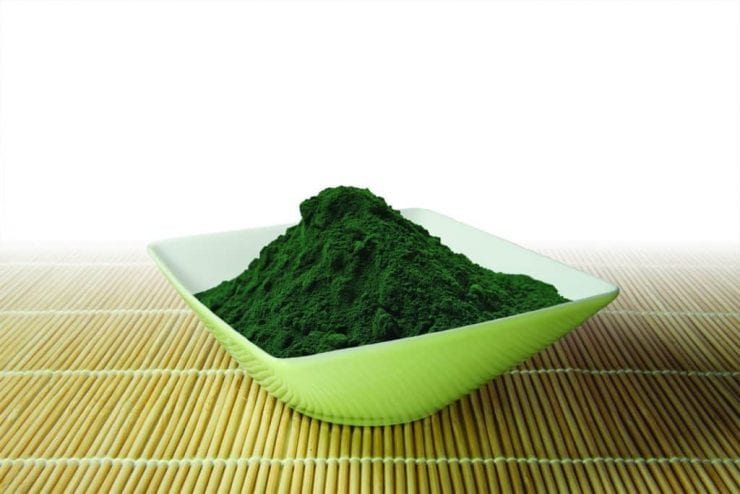 8 Spirulina Health Benefits You Should Know

Although there was a long period when it was considered a herb, spirulina is actually a bacteria. Due to its high contents in protein, important acids and vitamins, spirulina health benefits are undeniable.

Also known as “blue-green algae”, spirulina is a member of the cyanobacterium family. There are two species, Arthrospira platensis and Arthrospira maxima, both of which are consumed by animals and humans.

Spirulina can be cultivated all over the world. It is most frequently found in high-salt content waters in tropical and subtropical areas. The lakes where spirulina grows tend to have a dark-green appearance, due to the bacteria’s color. 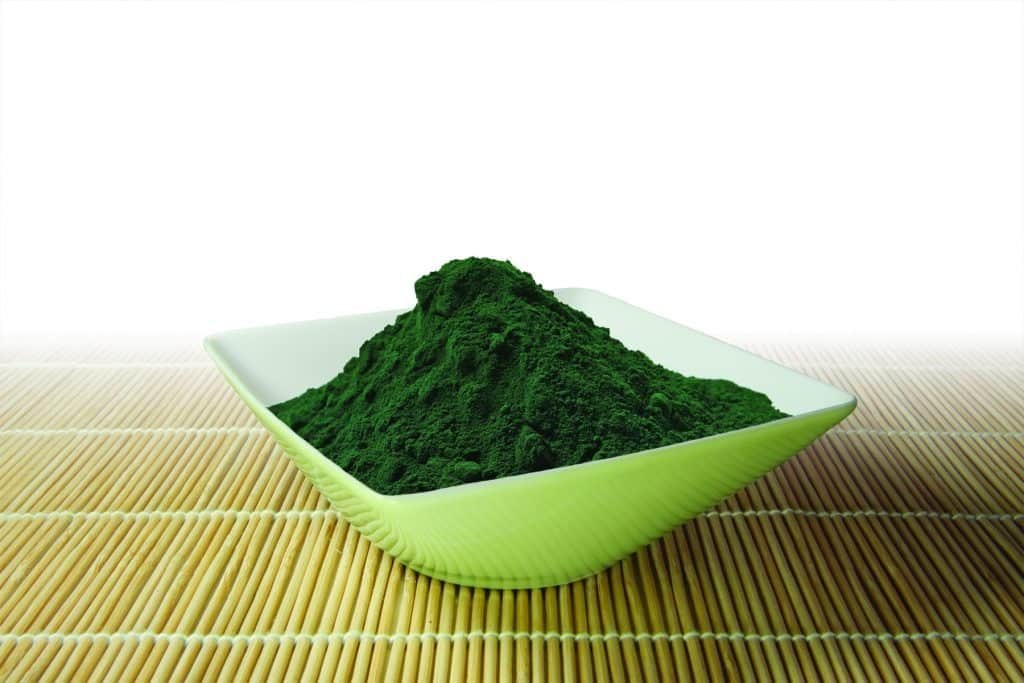 It can be bought as whole food or as dietary supplements, which are commercialized under various forms: tablets, flakes, powder. Farmers also use it as nutrients for fish and poultry.

The history of this alga goes way back. According to 16th century documents, the Aztecs and other Mesoamerican cultures used it as food. Spirulina was harvested from the Texcoco Lake and used to make cakes.

Another region known for its rich spirulina harvest is the Republic of Chad in Central Africa. People would obtain it from regions close to small lakes and ponds around Lake Chad. They would dry the spirulina into cakes, then later use it for cooking.

Many studies have been conducted in order to determine spirulina health benefits. At the moment, scientists must obtain additional data in order to verify if the components found in these plant-like organisms can be used in various treatments.

The high content in nutrients should under no condition be ignored as some of these compounds are not found in a person’s daily vitamin intake.

According to the FDA, spirulina has a high content of calcium. Other important components found in this plant-like organism are niacin, potassium, magnesium, B vitamins and iron. In addition to this, spirulina contains essential amino acids like gamma-linoleic acid (GLA), alpha-linoleic (ALA) and linoleic acid (LA), stearidonic acid (SDA), eicosapentaenoic acid (EPA), docosahexaenoic acid (DHA) and arachidonic acid (AA). These are basically “the building blocks of proteins”, which as a matter of fact represent two thirds of the spirulina dry weight.

According to Heather Mangieri, a spokeswoman for the Academy of Nutrition and Dietetics and owner of Nutrition Checkup in Pittsburgh, Pennsylvania, scientists still need to determine what level of bioavailability these nutrients hold.

“Bioavailability” is a term used to describe how much of the ingested nutrient will actually be absorbed and used by the body. Some of these components work together with other substances, thus creating a win-win situation. So when ingested together, the body will absorb a bigger quantity than when taken separately.

“As a registered dietitian, I highly recommend people get their nutrients from foods in a healthy diet because nutrients work synergistically, and that increases the bioavailability.”

Until further conclusions are drawn, one can only say that spirulina can be used in ones diet to enhance health conditions, but one should not believe that it can work miracles.

According to advocates, there are various spirulina health benefits:

This plant-like organism increases the functions of one’s immune system by enhancing the process of cell regeneration thus improving the healing process and lowering the time needed for recovery.

By improving the immune system, the likelihood of catching colds, flus or other similar illnesses will be smaller.

Antioxidants are defined as compounds whose main goals are the prevention of cell and DNA damage that otherwise can lead to cancer, heart disease and other chronic illnesses.

Studies, however, were unable to show that taking antioxidant supplements can help lower the risk of cancer. Also, an abstract published in the Current Diabetes Reviews journal stated that these supplements cannot be used in diabetes treatments .

The fact that studies haven’t shown the effectiveness of antioxidants against certain illnesses doesn’t necessarily prove anything. According to the National Cancer Institute:

So when it comes to the health benefits provided by antioxidants contained in spirulina, further studies must be conducted.

In regards to antioxidants and their cancer healing effects, a research was conducted in Kerala, India on 87 individuals who regularly chewed paan tobacco. This type of tobacco is made from betel leaves in combination with various spices. People chew it after meals or at important events such as weddings and receptions. Pan tobacco chewers have a high risk of developing oral lesions called leukoplakia which are an early sign of cancer.

The study monitored the participants over the course of one year. After dividing them into two groups, one was administered daily spirulina supplements while the other group received placebos. According to the results of the abstract published in the Nutrition and Cancer journal, 45 percent of the participants who took the daily supplements showed total regression of the lesions in comparison to the 7 percent recorded in the placebo group.

Athletes could also benefit from certain compounds with antioxidant proprieties that are found in spirulina. These compounds can improve the recovery needed when muscle fatigue sets in. This is caused due to the oxidative stress induced during exercise.

A study published in the Medicine & Science in Sports & Exercise found that certain substances such as phenolic derivates, phycocyanins, tocopherols and beta-carotene could help with recovery.

Scientists monitored nine recreational runners, all male, over a period of four weeks. Results showed participants could exercise better and their levels of antioxidants were higher when taking spirulina supplements compared to placebos or not taking anything at all.

The study shows promising result but conclusions cannot be drawn as further studies on bigger groups must be conducted.

Spirulina contains high amounts of chlorophyll (also found in Chlorella, a type of single-cell green algae) also known as nature’s most powerful mean of detoxing. It can improve the process of removing toxins found in the blood. Furthermore, it has many benefits when used during radioactive cancer treatments as it attaches to heavy metals and radioactive isotopes, decreasing their power.

Spirulina is used to combat anemia and also to lower cholesterol levels. There are several studies investigating its hypolipidemic effects on cholesterol and triglycerides that obtained promising results. Despite this, the findings cannot be used to draw conclusions as most of these researches had a small number of participants (less than 100) with many of them lacking control groups.

One of these studies, conducted in 2008 included 78 adults between the ages of 60 and 87. The participants were divided into two groups. One group would take 8 grams of Spirulina supplements daily for 16 weeks while the other would be given placebos. According to the results in the abstract published in Annals of Nutrition and Metabolism, an important decrease in the level of cholesterol was noticed among those who took the supplements.

A second research was based on the study of spirulina effects on 52 adults between the ages of 37 and 61 who were recently diagnosed with high cholesterol levels. The study was conducted over a period of 12 weeks during which participants took 1 gram of spirulina daily. Fasting blood samples were taken at the beginning and the end of the study. The blood samples taken at the end of week 12 showed that average levels of triglycerides, total cholesterol and LDL (the potentially harmful low-density lipoprotein) cholesterol had decreased.

Other values like blood pressure, weight and body mass index did not change throughout the study.

The paper was published in the Journal of the Science of Food and Agriculture.

According to a review published in the Cardiovascular Therapeutics journal, that analyzed the hypolipidemic effects of spirulina in regards to heart disease, doctors now define heart disease as an illness caused not only by high levels of cholesterol and triglycerides but also due to a chronic inflammatory state.

In conclusion, spirulina might help control heart disease due to its anti-inflammatory proprieties.

Spirulina contains gamma-linoleic acid (GLA), known for its powerful anti-inflammatory effects. Conclusions cannot be yet drawn as these proprieties must undergo further studies.

These blue – green algae help with the intestinal transit, improving nutrient absorption. It also contributes to maintaining a healthy bacterial population in the digestive tract.

Spirulina is rich in vitamin A, an important agent when looking to improve eyesight. It actually contains ten times more vitamin A than carrots.

In conclusion, spirulina health benefits cannot be ignored. There is one warning though, be careful where you buy it from, as the side-effects can be severe. It is better to buy spirulina that was grown under monitored conditions. The types grown in natural settings are exposed to contamination by bacteria. Look for products that have been tested and labeled as “free from contaminants”.

The usual dosage is between 1 and 5 grams per day, in order for the supplement to provide its full benefits.