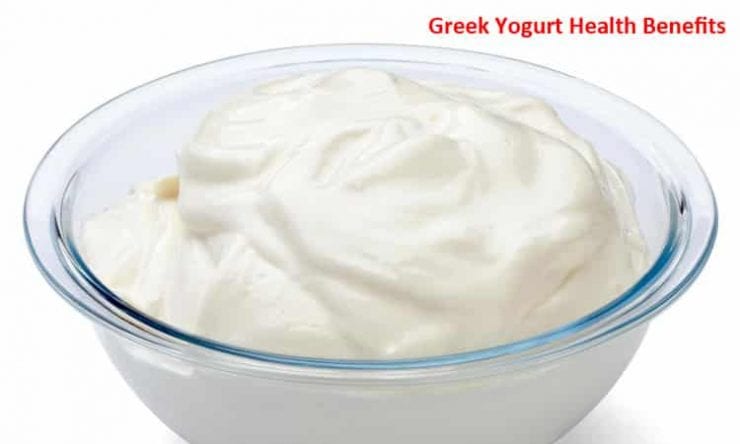 What is Greek Yogurt?

Before we share the 7 health benefits of Greek yogurt, let’s begin this article by discussing what exactly Greek yogurt is. Compared to ‘regular’ yogurt, the Greek kind is strained so you can nearly stand a stood upright in the yogurt without it toppling over.

In its initial stages, Greek yogurt begins as ‘regular’ yogurt as its made from milk and left to ferment. The liquid is drained out to leave a thicker texture without removing the sourness so many people love.

Thickness also affects the taste, because thicker options have a tangier taste, which also makes it a great addition to salads and curries since it’s simple to work with in the kitchen and easy to digest.

Some people make the mistake of thinking they can cook with ‘regular’ yogurt if a recipe requires this, but you won’t achieve the desired taste and texture unless you manually remove the liquid from the yogurt (this entails a grueling process of sieving and waiting).

Greek yogurt is relatively rich in calcium, which is required in high amount by women for obtaining healthy bones and strong teeth.

Greek yogurt, in reality, is prosperous in proteins than the traditional yogurt. Almost twice!

Greek yogurt also comprises of natural bacteria, called the lactobacillus, which gives support to the process of digestion. Moreover, these bacteria are also helpful in maintaining a healthy body weight.

4. Less in the Quantity of Lactose

Greek yogurt is strained several times, which gives it a thick and creamy texture. This also makes it zilch in lactose. Therefore, it is considered excellent for lactose intolerant persons as well.

Greek yogurt is low in calories, and this is a great benefit that it offers to the people on dieting.

Being low in sodium, Greek yogurt helps those, who are suffering from high blood pressure. Hence, it can be consumed daily.

Being fermented, Greek yogurt is probiotic in nature, which makes it helpful in improving the digestive functions and the immune system.

We’re confident this article has you question the health benefits of ‘regular’ yogurt. Which one should you invest your money and wellness in? Both types have incredible health benefits, though plain Greek yogurt tends to be healthier as it doesn’t contain unnatural flavorings and added sugar.

Instead, you can add fruit, honey or maple syrup to the yogurt to add sweetness. But, the Greek kind has more nutritional value than ‘regular’ yogurt’ as it provides more protein, leaving you fuller for longer.

Also, if you’re watching your figure, Greek yogurt is a great choice as it contains less sugar and fewer carbohydrates as the whey is strained from the mixture. Again, be cautious you’re not purchasing a brand with added sugars to contribute to the flavor. If in doubt, also check the list of ingredients.