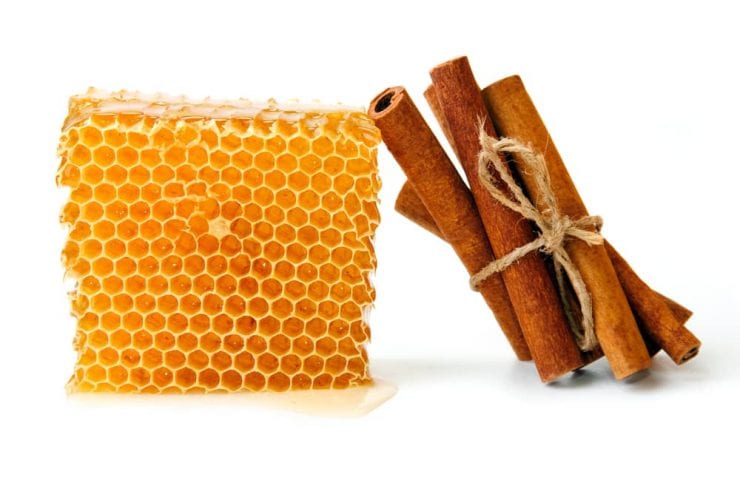 7 Benefits of the Honey and Cinnamon cleanse

The honey and cinnamon cleanse has been popping up all over the internet. While some reviews sing its praises, others dismiss it as just another inefficient DIY face mask. However, we have to acknowledge that there isn’t a single cleanse, face mask or product out there that only received good reviews. What will have stunning results for some, might fail miserably for others. There’s a lot of debate going on about the benefits and side effects of the honey and cinnamon cleanse. This potent concoction is said to borrow its powers to weight loss as well. Here, too, the controversy is quite heated, with half of the reviewers noticing a slight decrease in total body fat while others failing to notice anything at all. What can’t be denied is that honey is an invaluable replacement for sugar.

In order to be able to understand how this cleanse is supposed to work, let’s break it down and look at its two ingredients. Honey, dubbed liquid gold, is known worldwide for its benefits. Used to soothe sore throats, to sweeten teas and cookies or to alleviate rashes and whooping cough, there’s more to honey than meets the eye. Recent studies show that this thick nectar could actually boost memory. Other less known benefits of honey include treating dandruff, burns and wounds and helping with insomnia. If you’re already toying with the idea of incorporating honey into your beverages and food, the next piece of information will help you make up your mind: honey is fat free, sodium free and cholesterol free, comprising 80% carbs and 18% water with the rest of 2% divided between amino acids, vitamins and minerals.

Now let’s take a close look at cinnamon. What is this powdery brown spice that can make the whole house smell better? Made from the inner bark of trees, there are 2 kinds of cinnamon: Ceylon, which is the original type, and cassia, the kind we find in supermarkets nowadays. Packed with antioxidants, cinnamon also has anti-inflammatory attributes. It can decrease the risk of developing heart disease, helps lower blood sugar levels and can help patients who suffer from diabetes.

This might come as a surprise for many, but the cinnamon and honey cleanse is nothing new under the Sun. Actually, it has been used in traditional Chinese Medicine and Greek Unani medicine and has been treating bladder infections, soothing arthritis aches or gingivitis for centuries. In addition to this, honey and cinnamon help with bloating, acid reflux and gas, it can boost energy, calm down red pimples and help with hair loss. The recent trend surrounding the honey and cinnamon cleanse has brought the concoction in the eye of the public again. Sweet and spicy, with an interesting kick and texture, honey and cinnamon can help with weight loss as long as you pair this detox trick with a balanced diet.

Since it comprises two ingredients, the recipe is not difficult to follow. You should invest in high-quality products to make sure the active ingredients kick in and do their job efficiently. Indonesia and Ceylon cinnamon are the top two best choices and are much better than the variety that you can find in grocery shops and supermarkets. In the same vein, steer away from honey jars that stand on the shelves in stores for months. The best way to get your hands on organic honey that doesn’t contain any additives or preservatives. Although there are no studies out there to support this, it has been claimed that drinking a mixture made out of honey, cinnamon and water will help you shed anywhere from 3 to 5 pounds per week. The same claims state that no other dietary changes are needed, with the honey and cinnamon in charge of all the heavy lifting.

How to Do a Honey and Cinnamon Cleanse

Although both honey and cinnamon can be used in or on the body in a variety of ways, the cleanse focuses on repetitive use to build up beneficial conditions in the body. As such, you do not need to use excessive amounts of either ingredient each time, but you will need to use them more than once every day.

Boil a teaspoon of high quality cinnamon powder in clean water for roughly 10 minutes to create a simple tea, then strain out any cinnamon pieces. Allow the water to cool to a warm temperature and melt in a teaspoon of honey, then drink the mixture. Aim to do this before meals on a regular basis. 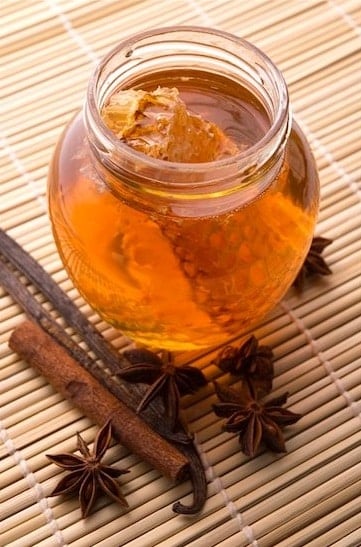 The antibacterial properties of the honey paired with the anti-oxidant and anti-inflammatory attributes of the cinnamon make for a killer face mask. The mixture is great for acne, irritation and red areas as well as infections. For a thicker consistency, don’t use any water in this DIY face mask, which would only make it drip off and decrease its efficiency. Use a tablespoon of high-quality manuka honey and a teaspoon of cinnamon and mix them well enough until they are combined and a homogenous paste is formed. You can apply the mixture on your face right with your fingers, keeping the layer thin and avoiding the sensitive area of the eyes. Let the mask do its magic for 10 to 15 minutes and then rinse it with a cloth and warm water. Don’t forget to tone your face to restore the natural pH of your skin.

If you’ve dealt with bacterial cystitis or a bladder infection, you know this is a touchy topic and not too many people feel comfortable enough to share DIY recipes for alleviating the pains. Honey and cinnamon is an easy recipe that can help treat the infection. Thanks to its powerful healing and anti-microbial properties, cinnamon and honey will decrease the symptoms associated with bladder infections that include pain and discomfort.

Manuka honey and Ceylon cinnamon are the two best allies for helping out with arthritis pain. Patients experiencing the condition reported the mixture improved their symptoms after drinking it twice a day for a week. In a tall glass of water, dissolve a tablespoon of honey and add a teaspoon of cinnamon. Half a glass should be consumed in the morning, before breakfast, on an empty stomach. The other half of the mixture represents the evening dose. This can be taken after dinner or right before going to bed. An experiment involving 200 patients at the University of Copenhagen discovered that the honey and cinnamon cleanse helped 73 of the subjects, relieving their arthritis symptoms.

With so many artificial sweeteners around, processed foods and ingredients we can’t even pronounce, acid reflux, heartburn and bloating are affecting more and more people. Sometimes, even the small dietary changes can have a huge impact. The mixture of honey and cinnamon falls under this category. It helps clean the colon, at the same time eliminating toxins. It plays nice with the good bacteria and helps it thrive in the colon, which, in its turn, promotes good digestion. Honey and cinnamon will also protect the stomach wall and neutralize bad bacteria. It’s fast on its feet and can treat infections, reducing troublesome symptoms like bloating and acid reflux.

While the honey is packed with vitamins and minerals, cinnamon is rich in vitamin C and K, calcium, fiber and iron. Combined, they can make an energizing drink that will help improve physical strength, decrease mood swings and keep us alert for hours. Honey and cinnamon have also been reported to improve memory and reduce the risk of developing cancer because of free radicals. More extreme believers even claim that they have managed to cure breast cancer using cinnamon and honey.

For worried parents who are looking for alternatives to pills, cinnamon and honey offers great support for children suffering from whooping cough. Not only does it taste better than most cough syrups out there, it’s also gentler, doesn’t have any chemicals that could cause an allergic reaction and kicks in fast. For a stronger dose, a teaspoon of honey and a pinch of cinnamon can be administered every few hours. The two ingredients can be dissolved in warm water which can be sipped throughout the day.

Honey doesn’t look like something that you would want to use as a hair mask. It’s sticky and can be hard to wash off. But the results will make it worth the effort. Honey and cinnamon will not only calm any scalp irritation, ridding you of dandruff and leaving your scalp clean, it will also promote hair growth. The amount of honey and cinnamon depend on what areas you plan to cover. Generally, a tablespoon of honey and a teaspoon of cinnamon should be enough to massage your whole scalp. Work the mixture in and wait for 15 to 30 minutes for the ingredients to kick in. Follow up with lukewarm water and a gentle shampoo. We recommend using organic, herbal products that don’t contain harsh soaps and detergents and don’t have any fragrances that could irritate the scalp.

The honey and cinnamon cleanse is safe, affordable and easy to try out. Although it won’t work miracles overnight and it might not be suitable for everyone, it’s worth giving it a try. The great majority of adults tolerate honey and cinnamon without problems, but it’s worth keeping in mind children under one year should never be given raw or pasteurized honey because they risk developing an infection with botulism.

The detox conundrum spread to the honey and cinnamon cleanse as well. We have no proof that any kind of drink is able to purge our bodies of toxic substances, let alone any evidence to support the cinnamon and honey combo. Some experts claim that as long as they are working properly, our kidneys and liver are supposed to get rid of the toxins without any help from the outside. A quick look at the benefits of the cinnamon and honey cleanse can’t fail to convince anyone to give it a try.