5 Tips on How to Prevent Kidney Stones Naturally

Having kidney stones is one the most famous conditions out there, mainly because of the fact that it’s extremely painful. Everybody has heard of the frightening idea of “passing a kidney stone” and everyone is dreading it. No matter if you have to pass it naturally or with medical help, getting rid of the millimeter long nuisance is a burden and a threat. But there are several ways in which you can prevent it from ever happening to you, using only natural, easy to come-by and cheap means. Here are some tips on how to do that.

What are kidney stones?

Chances are, you may have heard of kidney stones before. Hopefully, though, you have not had to experience them. Kidney stones are also known as renal calculus or nephroliths.

You will find that kidney stones are typically made up of calcium oxalate deposits, but there are other components that can make up kidney stoned. The main cause of kidney stones is improper hydration. If you do not take in enough fluids, your body is not able to properly process all the toxins that come into your body. Additionally, when you are not drinking enough fluids, your kidneys do not have an accumulation of fluid resulting in fewer trips to the bathroom.

If you are not taking in enough fluids, you will typically be able to tell by the color of your urine. If your urine is any shade of yellow, that is an indication that you are dehydrated and need to increase your fluid intake. The darker yellow your urine is, the more dehydrated you are.

By drinking enough fluids throughout the day, you allow your body to flush out toxins. This, in turn, is the best way to avoid getting kidney stones.

Normally, sand and small stones form in almost everybody’s kidneys, because of not drinking enough water. But the body passes sand and the very small stones naturally, without any symptoms and without pain, which means a person doesn’t even notice it.

However, sometimes, the sand leads to a stone formation and the stone itself grows much more in size, blocking the ureter. A stone is considered large enough to block the ureter if it’s bigger than 3 millimeters in diameter. This is what actually causes the sharp pain patients experience and which they describe as being radiant, starting in the lower back and ending in the groin region. The blockage of the ureter is very serious and dangerous, because it can lead to kidney malfunctioning and dilation. Other symptoms, apart from pain, that signal that one may have one or more kidney stones, are nausea, vomiting, blood and pus in the urine, fever and a very painful urination.

How do kidney stones form?

Usually kidney stones form when the natural water, salts and minerals balance in urine changes. And the way it changes determines the type of kidney stone you will have, but most of them are calcium-type. The most common three reasons for which stones form are: hereditary reasons, not drinking enough water and medical conditions. If you don’t drink enough water, the salts, minerals and the other elements of the urine fuse to one another and form stones. As far as medical conditions go, diseases such as gout, inflammatory bowel disease and Crohn’s disease affect the body’s normal balance and can lead to the forming of kidney stones.

How are kidney stones treated?

Sand and any stone that is less than 3 millimeters in diameter usually pass through our bodies unnoticed. But, the other ones need help in doing so. As far as treatment goes, it depends on how big the stone actually is. They are classified into small and large and their respective treatment is as follows.

How to prevent kidney stones naturally

Since having one or more kidney stones is quite a painful and stressful condition, most doctors recommend that the general population adopts some prevention measures. Some of those measures are natural and very easy to incorporate into our daily lifestyle. Here they are.

#1. Drink as much water as you can

Of course, seeing as the disease is kidney related and that one of its main causes is the fact that the body doesn’t receive enough water, which makes the minerals and salts in the kidneys clump and form the stones, the first prevention tip is to drink plenty of clean water. The idea is that your kidneys need to flush out all of the urine, as many times a day as possible and as watered down as possible, so that it doesn’t have time to form the stones. It’s good to know that any liquid works, but water is the best and healthiest option. Also, make sure it’s clean water, that doesn’t have build-up in it. But, even though liquids in general are good for this purpose, you need to avoid grapefruit and cranberry juice, because they are high in oxalates, tomato juice, because it has a very high salt content, and sugary beverages. Recent studies have shown that drinking just one soda a day increases your chances of developing kidney stones by 23 per cent.

If you do not like the flavor of water, there are many things you can do to enhance it. One of the best ways is by infusing your water with fresh fruits and veggies. By infusing your water, you get a more refreshing beverage that is not only visually appealing but tasty as well.

The best way to get accustomed to drinking water, however, is by practicing. Be sure to carry around bottle with you. That way, you will have access to frequent sips so that you can stay hydrated throughout your day. 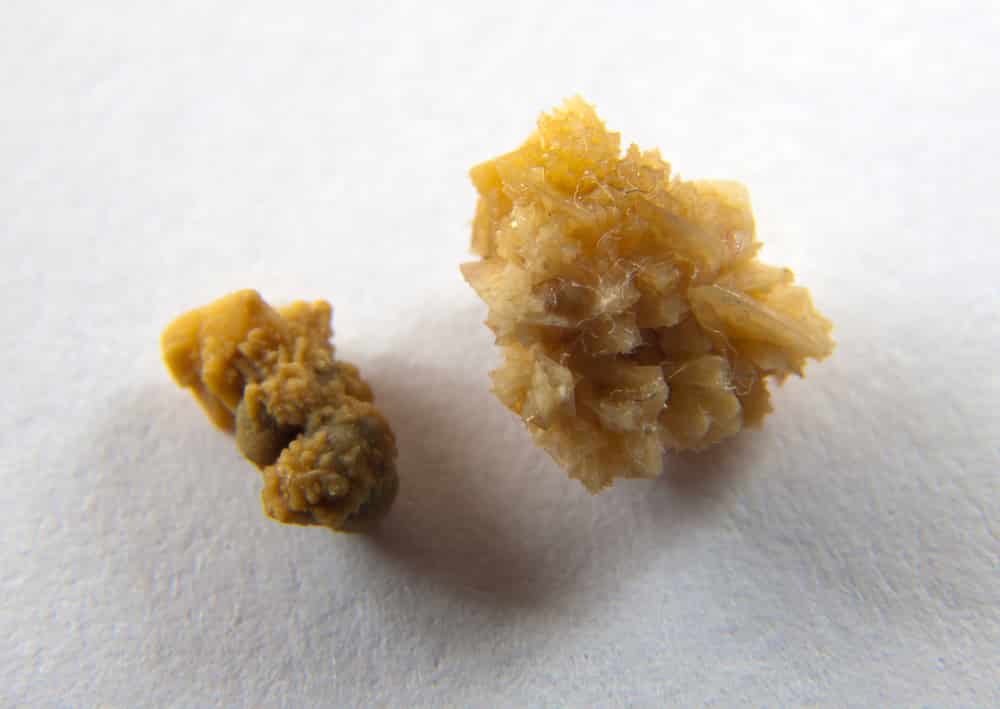 #2. Add lemon, lime and vinegar to your everyday beverages

The idea behind this practice is to alkalinize your body and very effectively prevent the formation of kidney stones. Apart from prevention, these liquids will also dissolve all the exiting stones you might have and will keep your kidneys very clean. Therefore, all you need to do is add some freshly squeezed lemon or lime juice, as well as apple cider vinegar to your daily doses of water. Another way of introducing the miracle liquids to your body is by mixing 2 oz organic olive oil with 2 oz organic lemon juice and drinking the concoction as it is. After that, drink 12 oz of purified water.

#3. Consume foods that are rich in calcium

This might seem weird as a prevention method, because popular lore has it that one of the main reasons for kidney stone formation is calcium, but it’s actually beneficial as far as prevention goes. Although you will find many sources that show you how to prevent calcium kidney stones, recent studies have shown that calcium sticks to calcium oxalate, the primary substance to blame when it comes to kidney stones; it crystallizes and flushes it out of the body, so that it doesn’t get the chance to form the dreaded kidney stones. This is why most experts recommend including as many foods rich in calcium as possible into your daily diet. Some of these foods are: leafy greens, nuts and seeds, milk and butter, in raw form, from cows that have been fed with grass.

#4. Supplementing your diet with magnesium and vitamin B

Magnesium is a natural mineral substance that fights against the oxalate found in many foods. It can be found naturally in avocados, beans, bananas, lentils and raw cocoa beans. Apart from that, you can also take it in supplement form, via pills that also contain Vitamin B. Magnesium is actually one of the first things that the ER will administrate to a patient that comes in with kidney stones, because it also helps fight the already formed masses. But, like always, prevention is better than cure, so make sure to introduce it to your diet via the delicious foods that we mentioned.

#5. Avoid eating foods that encourage the formation of kidney stones

Apart from introducing certain fruits and vegetables into your diet that will help prevent the minerals and salts in your urine from clumping and forming dangerous masses or from purifying your urine altogether, a great part in prevention is played by staying away from many foods that increase the danger. Here is a list of things you need to stay clear of:

A good thing to bear in mind on how to prevent a kidney stone is that it is a recurring condition, which means that, if you’ve had them before, that’s all the more reason to stay on top of things and learn how to prevent kidney stones from recurring. Also, keep in mind that your pets can form them as well. Cats and dogs suffer from this condition too, but it can be prevented, usually via correct nutrition.

Kidney stones, although not extremely dangerous as a condition per se, can clog the ureter to the extent that is not functional anymore and, apart from that, cause excruciating pain when trying to pass them. People that have suffered from kidney stones report that it is actually one of the worst pains a human being can suffer, surpassing even the pain of childbirth. Bearing this in mind, you will see why prevention is so much better than treating kidney stones.