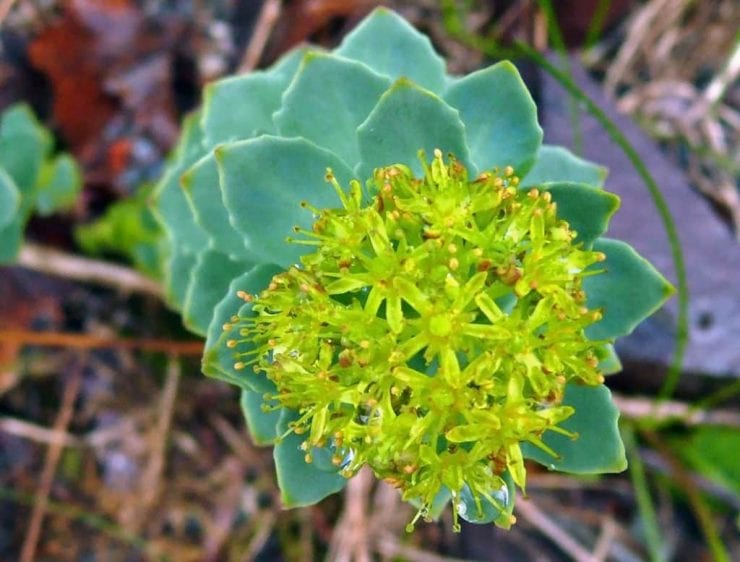 16 Rhodiola Benefits (and Side Effects)

Those who are familiar with alternative, natural medicine know that Rhodiola rosea is a widely appreciated herb for numerous health issues. The root of rhodiola, in particular, is known to be full of healing properties and benefits that are supportive for the body, mind and even soul. Rhodiola, also known as arctic root, rose root, king’s crown, golden root or rosewort, is especially praised for its strong antioxidant, rosavin, flavenoid and tannis content, the source of many Rhodiola root benefits. The plant is also known as the Siberian Rhodiola rosea or the Siberian golden root, as it can typically found in the mountainous regions of Russia, but also in other Asian, European and North American regions. You can enjoy the health benefits of Rhodiola by consuming it as a supplement or tea, preferably at the beginning of the day (we will speak more about this aspect in the “Side Effects” section). Now that we are a bit more familiar about the basics of this plant, you are probably curious about its uses. Find out what you need to know about Rhodiola benefits and effects in our list below. 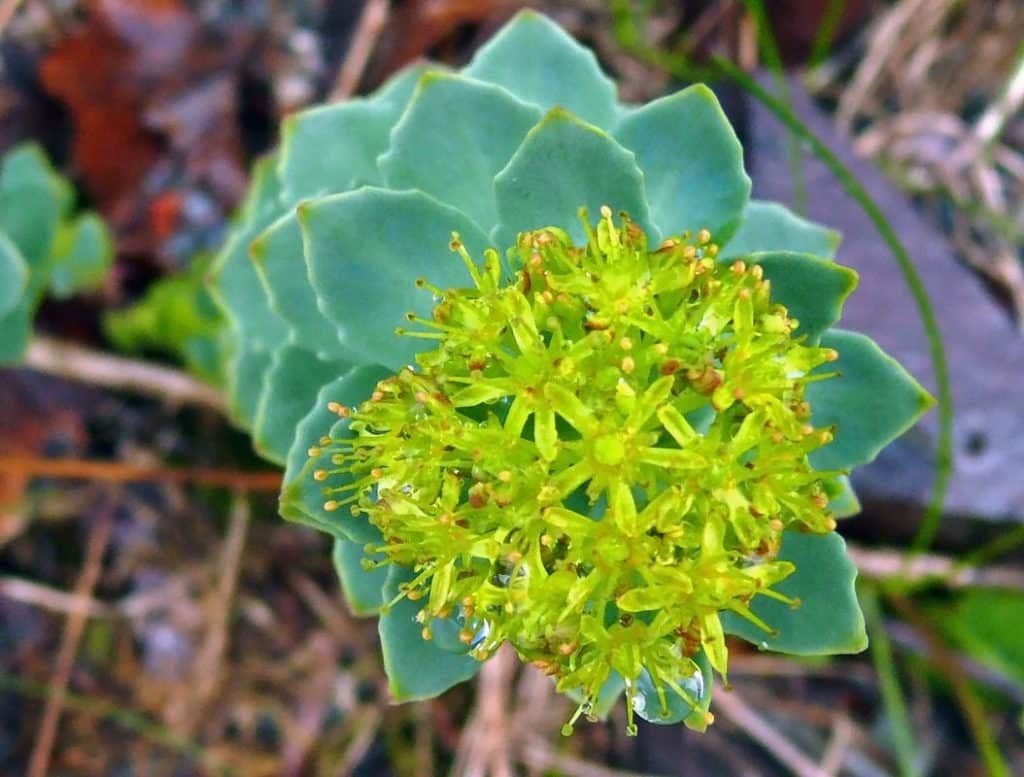 While it has not been scientifically proven, many consumers and specialists agree that Rhodiola can play a reliable role in overcoming anxiety. Web MD explains that “Early evidence suggests that specific Rhodiola extract (Rhodax) might lower anxiety in people with a condition called generalized anxiety disorder.” This is arguably one of the most significant benefits of Rhodiola rosea, as this is the most frequent mental illness in the United States; the National Institute of Mental Health reports that no less than 40 million American adults (age 18) suffer from anxiety disorder, equivalent to 18% of the population.

Another one of the many celebrated Rhodiola rosea health benefits is related to the energy boost offered by the plant. It is said that Rhodiola is an excellent source of extra energy for the body, including the human brain. Individuals who take this supplement agree that Rhodiola helps them maintain a good mood, positive outlook and higher levels of energy. This is great news for those battling depression or who regularly carry out athletic activities, two subjects we will get into detail about below.

Don’t we all dream of being forever young? You would be surprised to know that one of the Rhodiola health benefits involves anti-aging properties. Earth Clinic informs us that “In Russia, Rhodiola is commonly given to aging political leaders to help them feel younger, less fatigued and to improve their mental acuity.” This fact alone should make you think twice about the efficiency of this plant; would strong public personalities like politicians be taking it if the reported Rhodiola extract benefits were not genuine?

Just taking a glance at studies about stress will make you feel uneasy; the conclusions are quite troubling and they make you think of stress as one of the most common conditions of the 21st century. An infographic shared by the American Institute of Stress reveals data like: 44% of United States citizens experience more stress than they did five years ago, while 1 in every 5 go through “extreme stress”, with heart palpitations, depression and shaking. In this context, you will understand why some of the best Rhodiola rosea benefits are fighting fatigue and stopping stress.

Like we mentioned at #2, Rhodiola can be highly beneficial for athletes, owing to its power of boosting energy levels. For this category, Rhodiola works by increasing endurance and helping the athlete push their limits. A study published in the International Journal of Sport Nutrition and Exercise Metabolism concluded that “acute Rhodiola rosea intake (200 mg) can improve endurance exercise capacity in young healthy volunteers”, reinforcing one of the most well-known Rhodiola benefits

Rhodiola rosea is known to be a trusted adaptogen. To better understand the concept, an article published on RhodiolaRoseaBenefits.com unveils that “the term, coined in 1947 by Russian scientist N.V. Lazarev, refers to any plant that is safe for human consumption and does not cause side effects, treats a wide variety of illnesses and conditions, alleviates physical or mental stressors (…), and has a normalizing or ‘balancing’ effect on the body.” Therefore, yet another of the numerous Rhodiola benefits is its power to help the body adapt and resist throughout time.

Cardiac disorders are, unfortunately, just as common as anxiety disorders among Americans. In fact, statistics show that a staggering 60 million United States citizens have cardiovascular disease, resulting in more and more deaths with this cause each year. The good part about the whole situation is that Rhodiola benefits also include heart health. For example, an individual with irregular heartbeats can take Rhodiola rosea to balance out his or her heart rate. In addition to this, Rhodiola is also known for reducing the risk of developing heart problems in the first place, so it is certainly worth looking into for anybody.

Data provided by the Centers for Disease Control and Prevention shows that an incredible one third of the world’ population is infected with tuberculosis. This leads us to one of the potential Rhodiola benefits: aiding the treatment of tuberculosis. While Rhodiola alone has not provided complete treatment for TB, a study reveals that patients who took a product with Rhodiola every day for roughly 90 days, together with therapy, showed positive results. If you have any questions regarding Rhodiola and its power of treating TB, it is best that you speak with your doctor before using this supplement.

There are quite a few studies that support Rhodiola benefits in relation to cancer treatment. In a report published in Life Extension magazine, three distinct studies are presented that prove the anti-cancer properties of Rhodiola, like protecting bone marrow cells, increasing DNA cell repair and inhibiting the growth of tumors. One of the most common forms of cancer that Rhodiola can be used for in the treatment process is bladder cancer, but also prostate cancer. Studies show that Rhodiola might help with chemotherapy by shielding the liver.

Together with anxiety and cardiovascular diseases, depression is easily one of the most common conditions in modern day society. While there are countless medications for treating depression on the market, a great part of them contain chemicals that are potentially dangerous for our health. Rhodiola rosea extract can aid in treating depression, by brightening your mood and stimulating your body and mind. The Cancer Care of Western New York clinic points to a study that confirms this benefit: “In a randomized trial, 89 people with mild to moderate depression received rhodiola extract 340 mg, rhodiola extract 680 mg, or a placebo for 6 weeks. Those in both rhodiola groups experienced an improvement in most of their depression symptoms, whereas those in the placebo group experienced no such benefit.”

Just like any other supplement, there are Rhodiola benefits and side effects to take into consideration. You can rest assured that Rhodiola will not cause addiction and it generally does not harm your body, but you should take these simple guidelines into consideration to make sure that you are safe:

Nausea is one of the most common side effects for any stimulant, generally speaking, when dosage is too high. For instance, athletes might be tempted to take more than a recommended amount (usually somewhere between 110 to 600 mg per day) if they have an important competition comping up.

As you have learned in this article Rhodiola is a stimulant; even though it is indeed natural, it might not work well with other stimulants, such as foods with high sugar content or beverages with caffeine.

It is recommended that Rhodiola is taken in the morning, as some individuals might experience restlessness or insomnia when taking it in the evening.

This is also a potential side effect when taking too much Rhodiola. In general, the supplement is perfectly safe.

There is no significant research regarding Rhodiola and pregnancy or breast feeding, so we recommend that if you are a future mother or a mother who breast feeds you should avoid taking Rhodiola rosea extract.