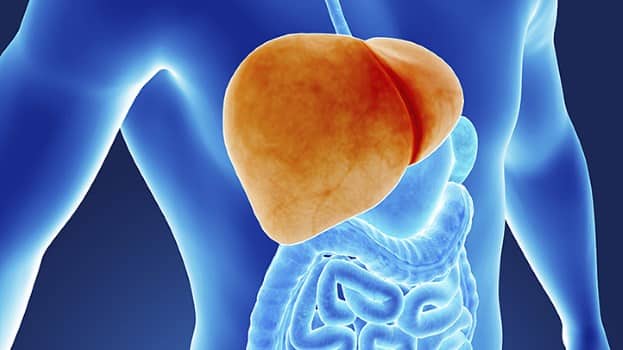 Taking care of our liver has become a priority for us ever since the consumption of mass-produced food has increased. Every day we hear more and more warnings about how different foods, such as sugar or carbonated drinks are bad for us. And, as we very well know, the liver is that particular part of our body that is in charge of toxins and filtering out everything that is potentially harmful to our well-being.

Foods You Should Avoid to Protect Your Liver

Fortunately for us, there is a very simple way of taking care of our liver and detoxing it at the same time: eating. But we’re talking about eating a few special liver-cleansing pieces of food that have this effect on it.

#1. Grapefruit. This particular fruit is high on a substance called glutathione, which is primary in liver cleansing. Grapefruit is packed with vitamin C and antioxidants, which will encourage it to produce the enzymes that actually flush out all the toxins and carcinogens that might ail us. A small glass of fresh grapefruit juice everyday will do the trick.

#2. Green tea. Tea leaves are also very high in antioxidants, as we very well know and especially on catechins, which have been demonstrated to help the liver function better. This is an especially delicious way of introducing enzymes and antioxidants into your body which will help not only your liver, but other organs as well.

#3. Olive oil. Along with hemp and flax-seed oil, if it is cold-pressed and organic and consumed in moderation, it will help because it provides a lipid which will fight off the toxins. Therefore, although it will never come in contact with the liver per se, by warding off the toxins, it will share the liver’s load, so to say and allow it to work at a slower and healthier pace, which is why it made it into our top of foods that cleanse your liver.

#4. Apples. This is yet another fruit that will immensely benefit the liver and its well-being. Apples are high in pectin, which helps the body first of all cleanse itself and then release all the toxins stored in the digestive tract. The same as olive oil, apples won’t come in connection with the liver itself, but they do help by easing it of some of its duties.

#5. Lemons and limes. The same as grapefruit, lemons and limes contain sky-high amounts of vitamin C, which will help your body transform toxins into substances that can be absorbed by water and then eliminated easily. In order to successfully stimulate the liver, you need to drink some unsweetened lemon or lime juice in the morning, on an empty stomach. Be careful about stomach aches tough, because the juice is highly acidic. So, if you know you already have stomach problems, try some of the other foods that cleanse the liver instead.

#6. Walnuts. Arginine is the aminoacid walnuts are very high in and which works wonders on our liver because it helps it detoxify ammonia. Another two substances the delicious walnuts are high in are glutathione and omega-3 fatty acids. Apart from being extremely beneficial to the whole organism, they support the liver in performing its natural duties. A few tips on walnuts: you must eat them fresh, not in cakes or bars, they can be either raw or baked, depending on your tasting preferences and you need to chew them very well, until they are actually liquefied, before you swallow.

#7. Turmeric. As far as herbs and spices go, there are a few the liver loves, but turmeric definitely takes first place as being the best. It helps boost the natural detox process your liver undergoes for itself once in a while and it supports the enzymes that drive out carcinogens. The good news is you don’t have to eat it raw, so don’t worry. If you like the taste well, you can add some dried and powdered turmeric to your daily water bottles, otherwise you can add a handful to your next soup or stew.

#8. Avocados. This is, probably, the ultimate super-food, so it was only natural it had something good in store for the liver as well. As it turns out, avocados help the body produce glutathione, the compound mentioned earlier, which is highly beneficial. You probably know already, but it’s still worth mentioning, don’t overdo it on the avocado. It’s highly dense and makes the stomach work twice as hard to digest it.

#9. Dandelion. This may seem odd to you, but dandelions are very healthy. A tea made of dandelion roots will help the liver when it’s trying to break down fats, it produces aminoacids and it’s a great cleanser. And, since dandelion root tea is not particularly tasty, we are allowed to sweeten it with a bit of honey or some salvia.

#10. Leafy green vegetables. We’re back to the tasty side of the super liver cleanse foods, that are great for the liver, because leafy green vegetables work magic on it. Because they are extremely high in chlorophylls, seeing as they are green and need it for photosynthesis, all these greens absorb toxins directly from the blood stream, which means they stop them from even reaching the liver.

They have the very distinctive trait of neutralizing heavy metals, chemicals and pesticides that we ingest with other foods, especially from processed ones and fruit and vegetables that are not organic. Therefore, leafy vegetables act as a very powerful shield protecting the liver itself. Another good piece of news regarding this particular super-food is the fact that it doesn’t actually matter how we eat them. It can be that they are fresh, in salads, baked, cooked or broiled. The only thing is that we actually eat them, because they are some of the best foods that cleanse liver toxins.

#11. Brussels sprouts, asparagus and cabbage. And while we’re on the subject of greens, these ones are some other allies in our continuous battle to ward off toxins from the liver. Brussels sprouts will increase the production of glucosinolate, especially well against carcinogens.

Asparagus is a wonderful diuretic, which will greatly aid cleansing, detoxing and also eliminating all the bad stuff from the liver. Apart from that, being a diuretic, it will also help the kidneys. Cabbage is amazing at flushing out toxins as well, so you could always try eating more cabbage soup, simple coleslaw with your meals, sauerkraut and even kimchi.

#12. Garlic. Although you might be a bit reluctant at first because of the smell, garlic is actually one of the best foods to cleanse liver toxins. It’s incredibly good at activating those particular liver enzymes that discharge the toxins. Apart from that, it helps the liver on the whole, because it’s very rich in selenium and allicin. Not to mention the fact that it’s delicious.

#13. Beets and carrots. These two vegetables, apart from being sweet and savory, they have copious amounts of flavonoids and beta-carotene. Eating them will not only improve your liver’s overall health, but it can also help other parts of your body. For example, beta-carotene is very good for the skin, especially in the summer, when the UV rays are most dangerous.

#14. Grains. But be careful which grains, because we’re not talking about your day to day ones, but rather about alternative grains. Therefore, if right now your diet is rich in wheat or other whole grains, you need to replace them right away with alternative grains such as quinoa, millet or buckwheat. The science behind this is that regular grains, which are high in gluten, are also high in toxins.

There have been many studies on this subject, which have shown that those individuals who had gluten sensitivities, when they later had their livers tested, were found to have abnormal enzyme levels. Your liver is the organ in charge to cleanse out toxins, therefore it’s only natural that there is a connection between its bad condition and a diet filled with whole grains.

Signs Your Liver is Struggling

Here are a few signs that your liver is not working properly and that it’s time to take action:

These are all indicators you need to look out for, in order to make sure your liver is functioning properly. Fortunately, as we have shown above, it’s very simply to take care of this vital organ, just by introducing more of these super healthy foods into our diet and eliminating others which might be bad. It’s so easy, that most of these super-foods could actually be put into one recipe together.

Doctors recommend two liver and gallbladder cleansings per year, following these natural methods, in order to stay healthy and fit.